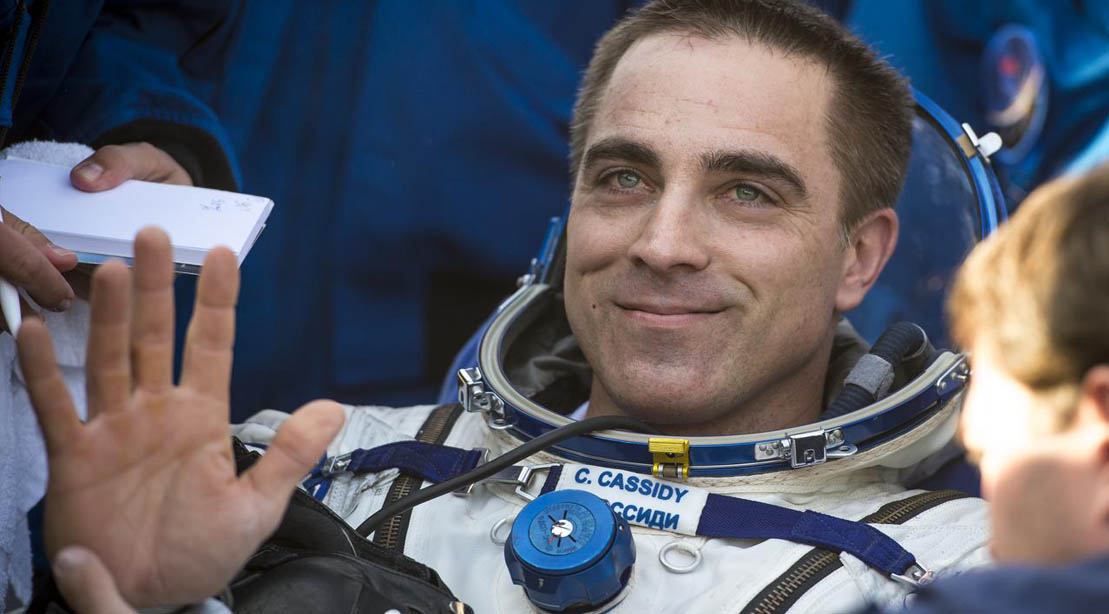 Winning Strategy: Chris Cassidy Has A Plan for Thriving in Clutch Moments

Chris Cassidy has never diagrammed a Super Bowl-winning scheme like Bill Belichick, but as both a Navy SEAL and NASA astronaut, he has helped create many “touchdowns” that history will forever remember. Each of his game-winning drives were a matter of life and death, and the decorated captain led his teams to victory each and every mission.

His resume includes serving 11 years as a U.S. Navy SEAL, with two deployments in both Afghanistan and the Mediterranean. Cassidy also served as SEAL platoon commander at SEAL Team Three in California.

As an astronaut, Cassidy became the 500th person in history to fly into space, touching down on three separate missions. He served as mission specialist aboard the Endeavor in 2009 and flown on missions in 2013 and 2020 aboard Soyuz. Cassidy is famous for his most challenging mission in 2013, while conducting a spacewalk with partner Luca Parmitano, was forced to shut down a mission when water began filling his partner’s helmet. Cassidy’s quick decision making helped avert a catastrophic, possibly fatal outcome.

Cassidy even found time to finish one of the most grueling athletic challenges, completing the Ironman triathlon in 2014 – a feat which possibly fares no greater than the third most impressive for this American hero.

Yet his most critical quick-thinking decision — the one that created the opportunities for both Annapolis and NASA, and perhaps changed the course of history for the United States Space program, was made at a then-unassuming split-second moment as a high school senior.

With his Naval Academy application process gone horribly wrong and a military career in question, Cassidy worked his way into receiving a game-changing ultimatum with an answer that couldn’t wait till the next day: Join right this moment or lose this opportunity forever. Cassidy accepted and the rest is history.

“In hindsight, scratching and clawing to get into the Academy set the stage for all the things I’ve been able to do,” Cassidy says. “There’s always key moments in your life when you don’t know what that huge inflection point in your life may come from. [If I hadn’t said yes], I would never have learned about the SEALs, and I certainly would never have met the first SEAL astronaut, Bill Shepherd.

Next
Learn to Fly-Fish, Hunt, Sail, and More

Elevate your workout to the next level.
[yikes-mailchimp form="1"]
More Stories