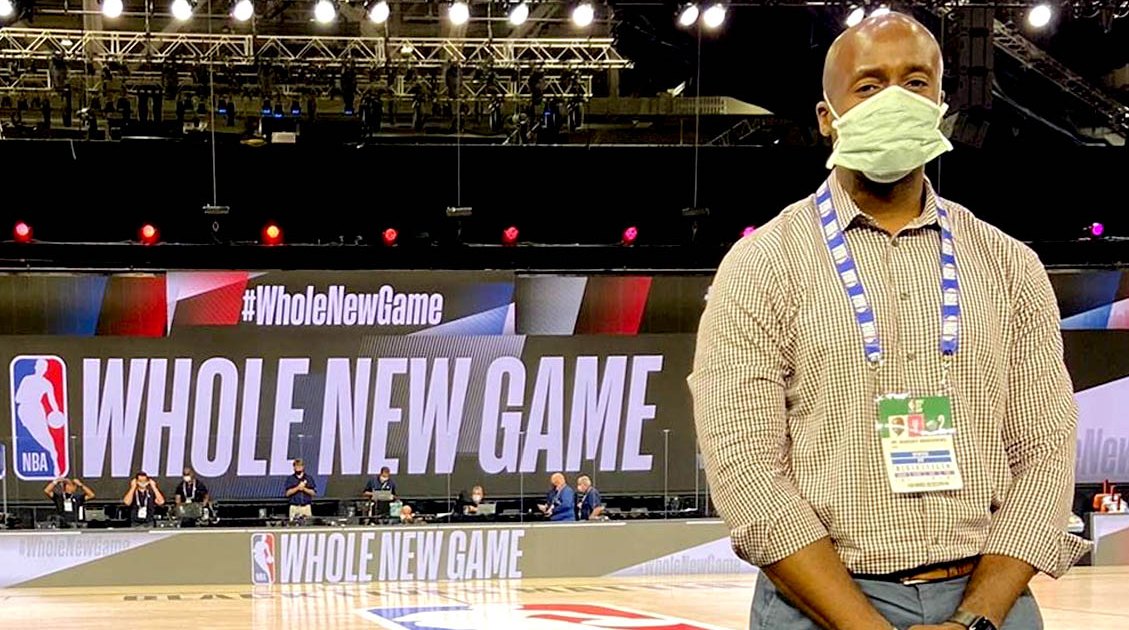 What Other Sports Can Learn From The NBA Bubble

The Los Angeles Lakers exited Orlando, FL, as NBA champions, but the biggest winners coming out of the success of the “Bubble” may have been all of sports and entertainment.

Nearly eight months since most leagues made the decision to shut down their seasons at the onset of the COVID-19 pandemic, sports leagues continue to struggle to maintain a consistent schedule while keeping athletes safe from the virus. Both the NFL and college football have been forced to postpone games due to outbreaks.

And though Major League Baseball fought off long-term problems after an early scare, the Los Angeles Dodgers World Series victory was marred when outfielder Justin Turner was forced to leave in the middle of Game 6 after testing positive for the virus. He would cause more controversy when he returned to the field to celebrate his team’s victory.

Meanwhile, the NBA, after shutting down March 11 when Utah Jazz center Rudy Gobert came down with the virus, finished its season having zero reported cases of coronavirus since early July, which can be attributed to its strictly enforced “Bubble” environment at Walt Disney World.

Benedict Nwachukwu, MD, sports medicine surgeon, at the Hospital for Special Surgery & Medical Consultant for the NBPA, was commissioned by the NBA to serve as a league orthopedic surgeon and spent 40 days working with the players and observing life inside the bubble. Nwachukwu thinks the NBA, despite having no model to work from, succeeded in its implantation of an isolated league. He agrees that the exact blueprint may not be a fit for all events, but with some modifications, the bubble model can be used successfully and may be the look of sports in the foreseeable future.

“A lot of those folks who worked on [the bubble] are pioneers of sports today,” Nwachukwu says. “The reality is that they had to consult with the CDC and other specialists in order to come up with best practices for playing sports in the COVID era. There wasn’t a lot of literature on it, so you had to use expert opinions.”

Even bodybuilding hasn’t been spared the wrath of COVID, as one of its highest-profile stars, Mamdouh “Big Ramy” Elssbiay, tested positive for the virus prior to the Europe Pro in Spain. Big Ramy received a special invite to December’s Mr. Olympia event.

Logistical differences between a four-month NBA “lockdown” and a weekend bodybuilding event aside, Nwachukwu says there are takeaways from the bubble environment and the athletes he worked with that can be applied to other events.

“The bubble concept should be taken very seriously,” says Nwachukwu, who detailed his Orlando experiences in his blog. “While the NBA has provided a blueprint for the Orlando Disney bubble, I think it can be modified to various cases.”

WHAT EXACTLY IS A BUBBLE?

Part of the NBA’s success in battling COVID was keeping its players and staff isolated inside Walt Disney World, which proved successful, yet restrictive. According to the Undefeated, anyone entering the bubble, from players to staff to personnel were required to quarantine for up to 48 hours until they register two negative COVID-19 tests. Anyone leaving the bubble were required upon return to quarantine for up to 10 days and two negative tests. And masks were required at all times in common areas.

Under pressure to come up with a safe and quick solution to salvage a season, those tasked with creating and implementing the NBA bubble succeeded in keeping the players COVID free. Nwachukwu says that with it success, the bubble, as well as the time off, allowed some other non-virus issues to pop up which could be addressed by the next leagues.

While the players were safe, with shutdowns throughout the country, the time off proved problematic when it came to injuries, Nwachukwu says. Most of the players had to rethink to rethink their training routines, which made the quick return to the courts a recipe for injuries, he says, as several players early on, including Philadelphia 76ers guard/forward Ben Simmons and Portland Trail Blazers center Zach Collins, went down with season-ending injuries.

With bodybuilding, Nwachukwu says a similar problem could develop, especially among athletes who were forced to scale back on the weights and are now going full steam ahead.

“How you ramp back up is important,” Nwachuwku says. “A lot of bodybuilders embrace soreness because it’s a sign that the muscle is working. But you don’t want to push through the pain because you may be subject to soft-tissue injuries, which can lead to tendon ruptures. So, I recommend monitoring your load before ramping back up.”

While physical strain can be identified, it wasn’t as easy pinpointing players’ emotional stress brought on by the bubble’s isolation, according to Nwachuwku. Separation from family took its toll early on, most notably L.A. Clippers forward Paul George, who was one of the first to announce back in August that he was suffering from depression while in the bubble.

“Spending time with just about every team, all the teams, one of the challenges I saw were the mental components of the bubble,” Nwachukwu says. “You remove [players] from their family support systems, so you had to then lean on each other for support.”

Nwachukwu says Disney Land, with its activity options, from indoor pingpong and pool tables to outdoor boating and fishing, made it the ideal place for players to stay occupied in the long term. The NBA also provided players digital apps that not only checked vitals but gave players the option to reach out if in need of mental health professionals.

“It definitely it can be a challenge,” he says. But that was one of the nice things the NBA did try to address with players and staff.”

FOR HOW MUCH LONGER?

Just when the restrictions be lifted is still anyone’s guess, which makes having a backup plan to address COVID concerns will remain imperative for a bit longer.

“It’s hard to predict, but [to me] it does depend on the vaccine,” Nwachukwu says. “The sense I get from talking to [experts] is that this is something that we’re going to be dealing with through the summer of 2021.”

So most important, he says is to continue wearing masks while indoors and especially around others. Recently the CDC reversed course on a decision that the virus can be spread airborne at distances greater than six feet.

In Las Vegas, as well as the entire state, masks are required at all indoor spots in public places except for eating and drinking, Despite all forms of safety precautions, with in and out traffic and vendors, it doesn’t take much to set off a pandemic. He says it’s the right move.

There’s always that possibility [someone’s infected],” Nwachukwu says. “There were different levels of clearance in the Disney bubble where you sort of have to meet credentials. ”I think wearing a mask is the highest level of safety.” 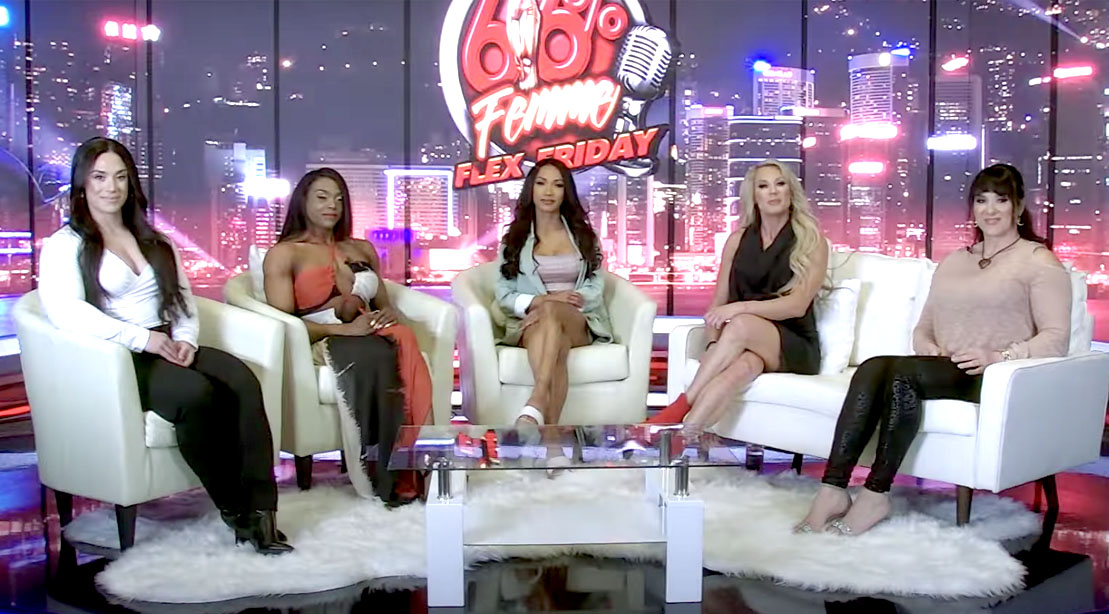