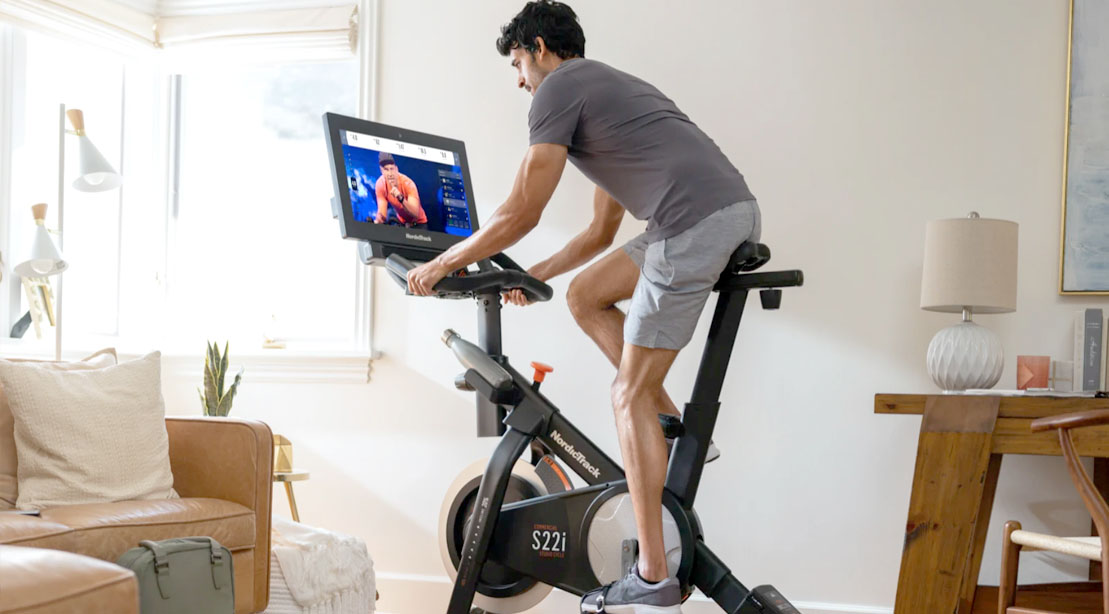 If life’s truly a marathon and not a sprint, then wouldn’t it make sense to enlist a world-record-holding ultramarathoner as your life coach?

Zach Bitter is no licensed therapist by any means, but taking into account superstar endurance athlete’s success rate of thriving in different climates, his expertise when it comes to adapting to rough elements seem to have few peers.

The Phoenix resident has completed 100-plus-mile runs across five continents, and set world and American records in both the Arizona desert and indoor stadiums.

And this past May, Bitter set one more ultramarathon mark—in his living room, breaking the 100-mile treadmill mark on a NordicTrack X22i by more than 20 minutes after his original plan, June’s Ultra London, was one of thousands of events canceled due to the COVID-19 pandemic.

It obviously wasn’t just Bitter’s schedule affected by the climate of COVID-19 as thousands of business in the United States, including nearly 40,000 gyms were forced to close completely or open at less than half capacity due to the pandemic. Nearly eight months later, its effects continue, as regimented gymgoers who relied on a daily routine ranging from squat day to SoulCycle sessions have been forced to alter their fitness plans.

Adding to the challenge is the new norm of working from home, which nearly half the population at some point has been forced to do. That along with the shakeup in exercise plans have helped contribute to results of a recent study that 50% of Americans reported gaining weight during the pandemic.

So when normalcy is no longer an option, what’s the next step? Bitter says finding the base in which to regain some structure within your fitness routine is the building block to getting back on track.

“I think a lot of people are resilient when given a timeline as to what they need to get through [a crisis], Bitter says. “But when you have this kind of moving or invisible target such as the pandemic where you don’t know when it will end gets really difficult. So you want to do things the right way, even when you don’t necessarily when—or if—things will return to the way they were before the pandemic.”

As COVID continues and the cold winter months approaching, these daily routine abnormalities can actually turn into a long-term positive if addressed. For those still struggling to regain their routine, Bitter suggests trying these approaches to get make the best of a bad time in our history.

Top infectious disease expert Dr. Anthony Fauci recently said it may not be until 2022 until we begin seeing “some semblances of normality.” Simply put, for a lot of folks in many regions throughout the United States, it’s going to be a long time before the glory days of maskless muscle sessions in overflowing gyms return. As states may be once again mandating lockdown measures as COVID numbers begin to spike, along with winter approaching, Bitter says its best to embrace the whole spectrum of uncomfortable elements in order to keep yourself fit.

“With the pandemic, I think a lot of people were left with a situation where they wanted to be fit, but they didn’t necessarily know what they were going to be [training] next,” Bitter says. “So they had a hard time structuring the right training to be ready for something they didn’t know about. And because of that, they began to no longer have that incentive.”

For Bitter, who’s ran some of the world’s most difficult terrain, the decision not to shut down but instead opt to utilize the NordicTrack X22i Incline Trainer and its IFit technology, which allows the machine automatically increase and decrease incline and speed, came with its own set of physical and mental challenges.

“It was a whole different experience from a boredom standpoint, you’re just in one direction for 12 hours, how do you adapt to that?” admitted Bitter, who also used the run to help raise money for the anti-bullying nonprofit Fight For The Forgotten. “But the treadmills were close enough to what I was training for at the time.”

His advice: If you suck it up and aim for a goal, good things can happen, like his world-record-breaking treadmill time of 12:09.15.

“I think people really like the incentive of having an event or a goal marked on the calendar,” Bitter says. “I think that really motivates people to do the work because they know they’re on a timeline at that point.”

Remember complaining about how it was time to get away from the mundane chest workout and shake things up a bit, then only rush to the incline bench the second you return to the gym? Use this time to shake things up and incorporate new routines to keep interest levels high, especially if for those still stuck at home. Order a set of resistance bands, adding a kettlebell, and create a workout that works for you and your new situation.

The pandemic has proven is that there are limitless ways to stay in shape. Besides the home gym equipment sales boom, fitness and exercise apps, from ab-sculpting workouts to finding your Zen, the exercise app market has gone from a nearly $2 billion industry in 2016 to a projected $4 billion by 2021.

“There’s a lot of like beneficial supplementary activities that I think really do make you a better runner in the long-term if you can get consistent with them,” he says. “For me, strength work, mobility routines, and paying attention to form more can help relieve some of the deficiencies.”

Bitter says some benefits of down time was the inclusion of strength and mobility routines to help his running.

“I’ve gotten a little more consistent with these additional types of work,” Bitter says. “Now I kind of know where I can place it within my program.”

When our workouts are in full swing, oftentimes a key element like warming up, cooling down or general recovery gets bumped for a variety of reasons from time constraints to just not having a plan. That could be a recipe for injury or lack of performance as studies have showed a solid warmup can lead to better performance.

Bitter says now is a good time to begin focusing on fixing those nagging shoulder and knee pains and other aches and ailment that have accumulated during your previous nonstop training program. Try foam rolling or other percussion instrument to work out the knot. Having rolled his ankles on more than one occasion during his career, Bitter says some of his down time is best spent working on restrengthening his lower body from the ligament wear and tear caused by running.

“Oftentimes you either don’t have time to address or relative weaknesses, and you’re just not at a point in your training or in your season where you can really address them in a meaningful way,” Bitter says.

“Sometimes just kind of like taking a step back and like just doing a real honest self-assessment of where your strengths and weaknesses are is a good option now,” he says. “It’s one of those situations in which you kind of have to take a step back in order to take a couple steps forward,” he says.

Previous
The 11 Best Natural & Organic Deodorant For Men In 2020

Elevate your workout to the next level.
Go to Appearance > Customize > Subscribe Pop-up to set this up.
More Stories
What A Neuroanatomist Gained From Briefly Losing Her Inner Voice