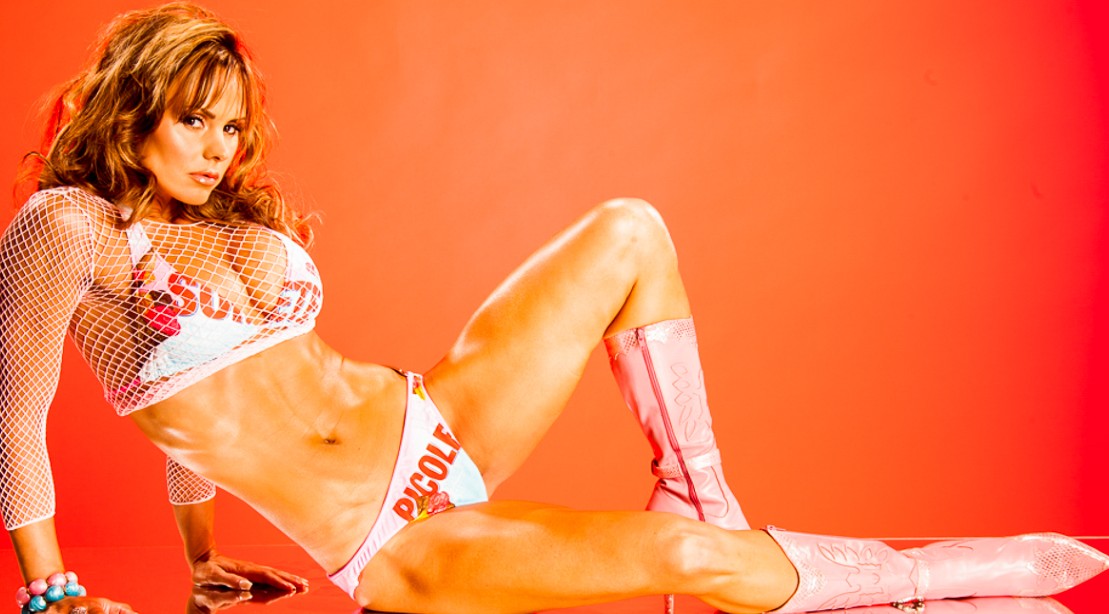 Timea Majorova is a fitness and figure champion, a fabulous fitness model, and personal trainer. She’s also a mother of two: Charlize, 8, and Maxwell, 4. When she was pregnant, people were amazed at how good Timea looked. After she gave birth, they were also amazed at how quickly she got back into shape. “After just a couple of weeks,” says Timea, “you could hardly tell I was just coming off having had a baby.” Very soon, she was being besieged by requests from expectant clients to help them though their own pregnancies and aftermath.

So Timea began promoting herself in training sessions, a book and a DVD as the “Fit-Mom,” and sharing her knowledge with other women.

“When I was a kid,” Timea says, “it was considered normal for women to gain a lot of weight during pregnancy. ‘Eating for two,’ and so forth. But what I found was that sure, you have to eat enough to make sure your baby gets enough nutrition, but in my case that was really only about one extra meal a day. And since I kept exercising, I didn’t gain all that much extra fat weight.”

“Being in shape,” Timea continues, “is really a matter of maintaining or increasing your muscle mass while losing or not gaining too much fat. Increasing muscle is not so much a matter of developing big, bulky muscle as it is just increasing lean body mass so that your muscles are lean, strong and solid. You need to do cardio to help with weight control, but also exercises to build and shape your muscle tissue. That means contracting your muscles against some kind of resistance: weights, machines, elastic bands, even bodyweight calisthenics.

And a healthy diet during pregnancy, she says, is a healthy diet, period. Maybe with just a few more calories to be sure the baby is getting sufficient nutrition. Proper diet and good nutrition should be a part of your normal lifestyle.

During both of her pregnancies, Timea says, she continued to workout until just a week or so before her due date. Obviously, being nine months pregnant required her to make some adjustments to her exercise routine, but she just listened to her body and made the necessary changes. And she was back in the gym and doing cardio in a very short time after she gave birth. “In one case, I was ready for a photo shoot after only 7 weeks. But that was mostly possible because I was in such good shape before that.”

In addition to working with pregnant clients, Timea also promotes fitness for expectant mothers on her website, on Instagram and in the eBook HOT MAMA: Achieve Your Best Body Before & After Pregnancy-Kindle Edition. And the DVD Be A Fit Mom.

Timea has also found that keeping up with the activity level of young kids is also a good way of staying in shape. “Charlize has always been so active, that I started her in sport early on. We ski and surf together and go to the park to play all sorts of games. She is already an athlete at her young age, as I was when I was a young girl.”

Of course, Timea also stays in shape by working out with her many clients in Los Angeles, many of the expectant mothers or women who have recently given birth.  “The fact that I have had two children and they like the way I look helps to inspire them to work hard on their own bodies, gives them a goal to aspire to. That gives me a great deal of satisfaction.

Previous
11 Creative Ways To Use A Sheet Pan

Next
Gift Ideas For Your Partner, Based On Their Love Language

Elevate your workout to the next level.
Go to Appearance > Customize > Subscribe Pop-up to set this up.
More Stories
9 Lower-Carbon Footprint Foods To Add To Your Grocery List