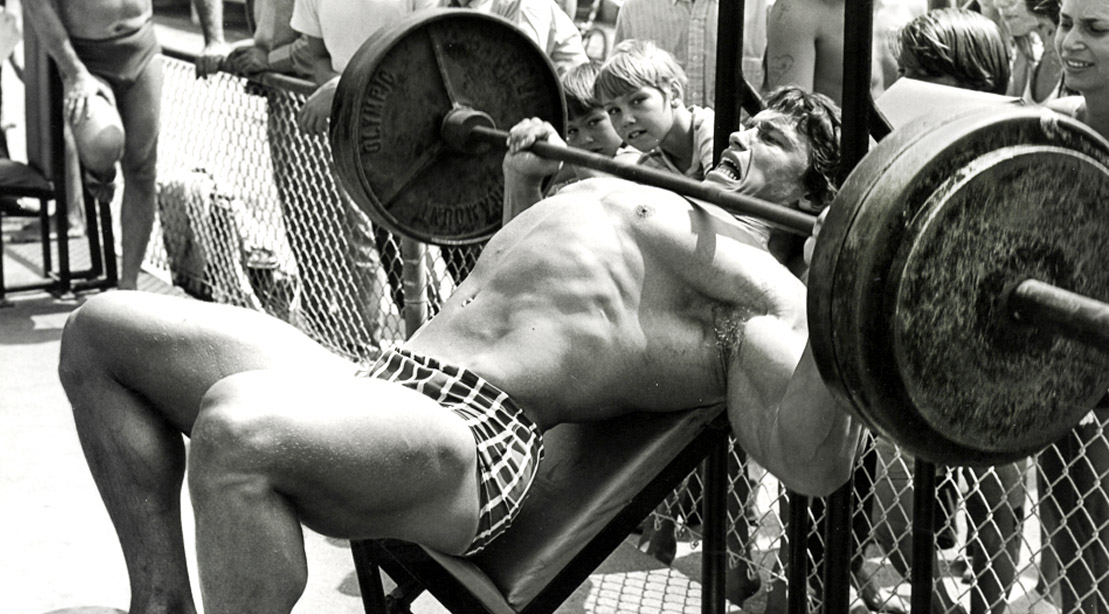 It’s been more than four decades since Arnold Schwarzenegger won the last of his seven Mr. Olympia titles in 1980, yet the workouts that helped mold him into arguably the greatest bodybuilder ever are as valid today as they were then. From the time he migrated from Munich to Southern California in 1969, right through to his first retirement from professional bodybuilding in 1975 (1980 represented his brief competitive comeback), everything Arnold did revolved around training.

He would train twice a day at Gold’s Gym in Venice, joined by all of his closest friends—bodybuilding icons like the late-Franco Columbu, Frank Zane, and Dave Draper.

His workouts lasted hours, with a seemingly endless number of exercises and sets. It was the epitome of high-volume training, a style of working out criticized by most training experts today as not allowing adequate muscle recovery. But there was a method to Arnold’s madness. In the following slides, you’ll see—body part by body part—the actual workouts the Austrian Oak performed while in the prime of his career, when he was the undisputed king of bodybuilding.

Elevate your workout to the next level.
Go to Appearance > Customize > Subscribe Pop-up to set this up.
More Stories
5 Best Soil Moisture Meters For Your Plants In 2022