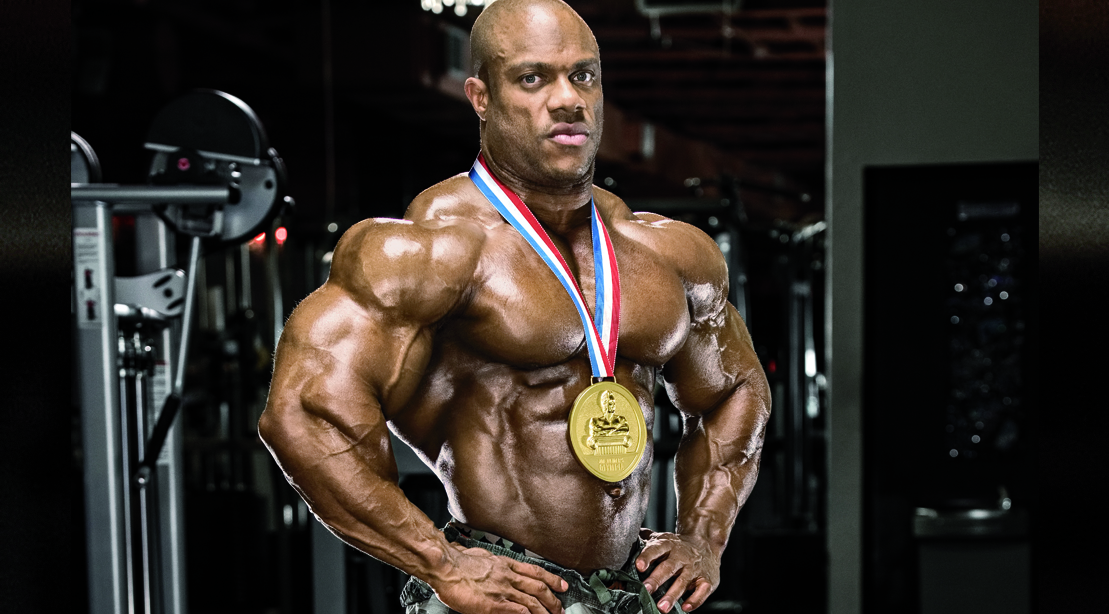 Just about everyone is excited to see Phil Heath make his bodybuilding return at this year’s Mr. Olympia, but unlike many of his fellow competitors, we won’t get to see much of the 7-time champion’s preparation for the contest. Heath has already committed to working in silence and letting the results do all the talking.

So while we won’t get to see the blood, sweat, and tears Heath puts into his training before the show, we will get to see much of it after in the form of a feature-length documentary that’s being produced by none other than Dwayne “The Rock” Johnson and Dany Garcia’s Seven Bucks Productions studio.

The documentary will follow Heath in and out of the gym as he prepares to accomplish what only two men have done before him: win eight Sandow trophies.

“I’m grateful to announce this project that’s been in the works for a while,” Heath said in an Instagram post announcing the flick.

The bodybuilding world was shocked when Heath lost in 2018 to Shawn Rhoden, snapping a 7-year winning streak. Heath hasn’t competed since then, but his hiatus will finally be broken at Planet Hollywood Las Vegas in December when he attempts to resolve some “unfinished business.”

He’ll have his work cut out for him. In addition to the reigning champion Brandon Curry, Heath will also have to deal with the likes of Hadi Choopan, 212 legend Flex Lewis, William Bonac, and Dexter Jackson. Trust us, this is one contest you won’t want to miss.

We’re already popping the popcorn in anticipation of this film.

Next
Using Design Thinking to Develop Healthy Habits That Stick