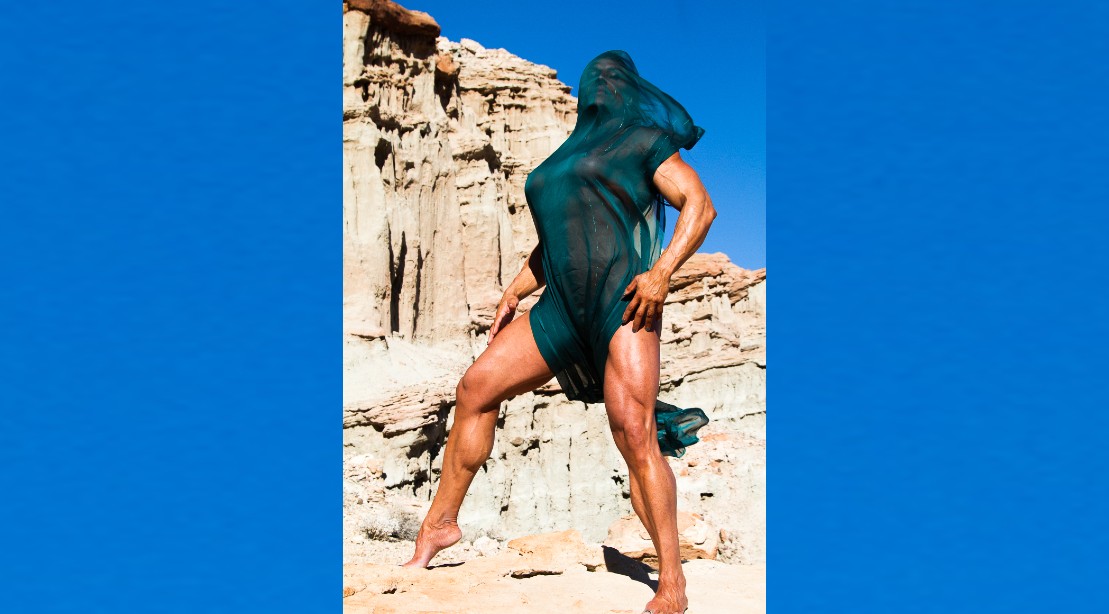 The Art of Photographing the Female Physique

Robert Hughes, a former art critic at Time magazine, once pointed out the degree to which art used to be able to provoke outrage and instigate social change.

I was able to able to experience this phenomenon a few years ago as I was prepping for my first one-man photo exhibition. I brought in female bodybuilder photos to a local shop to be mounted and framed, but whenever I did the woman doing the work always said something negative about the women in my photos. She hated their bodies, she told me, and thought the subjects were disgusting and looked like men.

Which cost her, since I stopped bringing my work to her.

I was irritated at first, but then it occurred to me how unusual it was that these photographs had such a power to provoke this kind of response. My photos made this woman so uncomfortable, so angry, that she had to speak out even though she wanted my business. It was as if she couldn’t help herself. And the more I thought about it the more I was convinced that the female bodybuilding physique constituted a unique and powerful subject for serious art photography.

The female body itself has always been one of the most popular of artistic subjects. Many talented artists have depicted the female body for a very long time, so being able to come up with a new approach to a subject with such a long history has to be considered an incredible opportunity.

The muscular female body celebrates contradictions and challenges categories. It can be appear sensual or explicitly sexual, or so strange and distorted as to seem totally asexual. Often, it presents an almost-familiar version of the more familiar female shape, but instead of the soft roundness we have come to expect, that shape is derived from muscle, which creates planes and angles continuously surprising in their construction.

The sculptural quality of their physique is what makes it so difficult to photograph to best effect. Much of what gives the muscularity aesthetic body its impact is lost in the translation from three-dimensional reality to the flat plane of the photograph.

For example, there are certain poses and angles from which to view the body, which more easily give the illusion of three-dimensions. I remember a scene in a movie about the sculptor Rodin in which he was shown taking hold of a reclining model and twisting her body, pulling a knee up, and arm down, trying to find just the right pose that expressed what he wanted to show about the body. Finding the most effective poses in which to photograph bodybuilders involves a process very much like this.

Lighting is also extremely important—the way light falls on the body, and the resulting combination of spectacular highlight and shadow can either reveal or obscure form, depth and physical detail. I remember reading how early photographer Edward Steichen shot a series of photographs of an egg, changing the lighting with each shot to see how different angles and light intensities affected the ovoid form. To a large degree, that kind of exercise is the essence of what it takes to create a sculptural photograph of a bodybuilding physique.

The problem with photographing bodybuilders comes down to the nature of vision itself. We don’t “see” with our eyes, rather perception is a matter of the brain receiving, analyzing, and interpreting visual information to create the illusion that what we’re viewing is “out there” rather than “in there.”

Perception is built up in layers: The first time we see something, we’re likely to get no more than a general impression of what it’s like; over time, as we receive and process more visual information, our mental picture of what we’re looking at becomes more complete and we become much more aware of the subtle details.

The fact that knowledge comes before perception is why it’s so difficult for most people, photographers included, to fully apprehend a fully developed bodybuilding physique on first glance.

Learning to see bodybuilders properly takes time, as does developing the skills needed to photograph them. But, oddly enough, it was seeing my own photographs that allowed me to fully appreciate what these champions had achieved. I remember walking around a gallery just after my exhibition photos had been hung and suddenly realizing what these pictures were about and why the bodybuilding physique was such a fascinating subject. Until then, I’d been too busy shooting day-to-day to step back and think about what I’d accomplished.

Soon after that, I realized that other people were having the same reaction to the photographs. Instead of needing years of exposure to these bodies to appreciate them, a lot of people were able to pick up on what the bodybuilders had and were trying to accomplish just by looking at my pictures. In that sense, my photos were actually teaching them how to look at muscular bodies.

I was always taught that one function of art is to change our perception of reality. To make us see better, deeper, a different way. The fact that I have been able to accomplish this to some degree with my bodybuilding photographs is very gratifying.

But that’s proven to be harder with female bodybuilders than with men. Since the brain actually constructs perceptual reality as it goes along, seeing something new, unexpected or something that contradicts reality as you’ve always accepted it is not that easy.

We all accept the idea of men with muscles. Whether you particularly like and appreciate muscular bodies on men or not, this type of physique doesn’t violate our basic sense of how the world is supposed to be.

The muscular, female physique is something else. It doesn’t fit with most people’s idea of “how things are supposed to be.”  Since there are virtually no accepted images of muscular women, these bodies are not simply a variation of something that has gone before.  These physiques are, in fact, a contradiction, even an attack, on our sense of reality.  This is why a change in “believing,” or perception, has to precede an alteration of vision.

However, though bodybuilding is bodybuilding, no matter who is doing it, that doesn’t necessarily mean that male and female bodybuilders look the same or can be best photographed using the same approach. Many of these women may look huge—and they usually are in comparison to most other women—but compared to male bodybuilders they’re smaller, often tiny.

It’s also a fact that men and women, bodybuilders or not, have different physiologies and structures, and we tend to view them very differently as well. The problem for both the observer and the photographer is learning to appreciate the aesthetic qualities of these bodies with the knowledge and expertise of the connoisseur. As with appreciating most art forms, the more you know the more you get out of the experience.

My role as a photographer, I believe, is to facilitate the development of that appreciation. As such, it isn’t enough to simply document what these bodies look like. A photograph is an abstraction, and there is always a choice to be made with abstractions as to what to leave in and what to leave out.  That’s why bodybuilding photography, as I see it, is rare in that it’s an artistic interpretation of an aesthetic creation.

I make a conscious effort to use the techniques at my disposal to intensify the experience of looking at these bodies. To create a graphic representation of form and detail that increases the visual impact of these bodies to the maximum degree possible.  To make the experience of looking at these women sufficiently powerful that the viewer is able to apprehend what the female bodybuilding physique is all about virtually at a glance.

Of course, these photographs are not created from nothing. I heighten reality; I don’t make it up from scratch. True, I can often create effective pictures of bodybuilders who are not necessarily the top champions, and are perhaps not in their best shape, but if fundamental structure and development of the physique are not there, I can’t make them up out of thin air.

Therefore, the work I do is essentially collaborative. It’s entirely dependent on the creative, sculptural efforts of the female bodybuilders themselves. I can only shoot the bodies they bring to my studio or on location. But there is a feedback mechanism at work as well. When these women see my pictures, this often changes the perception they have of themselves. After all, what they normally see of their own bodies is just a reflection in a mirror or an illustrative-type photograph. Most of them, in effect, have never seen what they really look like, in a truly artistic sense. They’re rarely able to fully appreciate what they’ve been able to accomplish. So, the best compliment I can receive from a bodybuilder is, “Wow, I didn’t know I looked like that!”

My photo sessions frequently change the way women present themselves on stage in their posing routines.

Just as women have been inventing what is, in effect, a new kind of female body as they go along, I have attempted to create new ways of photographing them in an attempt to keep pace. One thing this sport has taught me is how quickly the shocking becomes the so-what. We live in an age of constant novelty—change has become the expected.

That’s why I’m rarely upset when somebody tells me my photographs go too far, or that the women in my pictures are too “freaky.” As they say, it would hardly be a revolution if everyone agreed with you at the start.

Next
Why Pro Athletes Are Swearing By This Home Water System

Elevate your workout to the next level.
Go to Appearance > Customize > Subscribe Pop-up to set this up.
More Stories
This Creamy Hummus Recipe Is Also Packed With Sneaky Veggies