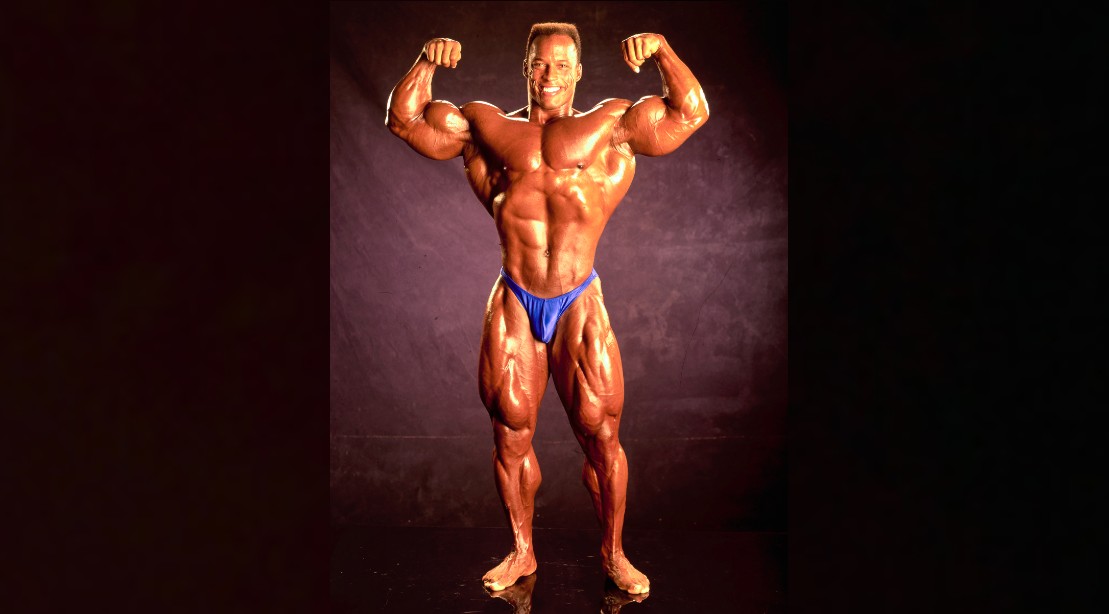 When Frank Zane won his Mr. Olympia titles, there were weight divisions in pro bodybuilding for men. In the 1980s and 1990s, when Shawn Ray was at his peak, there were none. As muscular as he was, Shawn was not a big man so he had to compete against heavyweights like Lee Haney. So, he won the Arnold Classic, but finished no higher than second at the Olympia.

But, pound-for-pound, I always thought Shawn was a good as anyone. And his physique was incredibly aesthetic.

He was such a good bodybuilder, in part, because of superior genetics. But a lot of his success was due to his own efforts. For example, his knowledge of training and his diligent application of what he knew. I either watched most of the top bodybuilders of the 1980s as they trained, or photographed them in the gym. In most cases, I could make at least one small suggestion regarding training technique—if I were asked, of course. But there were two competitors whose training methods were so excellent I could not think of a single way they could improve: Lee Haney and Shawn Ray.

And Shawn also displayed great discipline when it came to his diet. Joe Weider sent me out to interview Shawn at his home one year, where he was preparing for the Mr. Olympia. He has not yet started his serious contest dieting, but for lunch he ate a diet-like meal of tuna and rice and broccoli. I asked him why so strict, and he told me he planned to go out that evening and have a nice fish dinner, but at home like this there was no use in taking in any excess calories he would only have to diet off later.

One sign of maturity, we are told, is the ability to postpone gratification. Shawn was demonstrating a great deal of maturity, that day. That kind of dedication and discipline paid off in Shawn’s career. In over 30 major bodybuilding competitions, Ray only failed once to place in the top five. He placed in the top five at the Mr. Olympia competition for twelve consecutive years from 1990 to 2001, two of those being first runner-up finishes, and retired from competition in 2001.

But after competition, Shawn Ray has continued to be one of the most active bodybuilders in the sport. He was always known as an excellent businessman. He has used his abilities to form relationships with sponsors over the years and to become a spokesperson for bodybuilding and bodybuilding events. He’s also a successful promoter of contests. More recently, he has become the editor-in-chief of Digital Muscle for Wings of Strength and is actively promoting and publicizing the Olympia weekend.

There are only a few bodybuilders who have continued to be a force in the sport after retiring from competing.  Arnold is, of course, the best example of this. And Lenda Murray for the women. But editor-in-chief, hall-of-famer, media analyst, producer and spokesman Shawn Ray deserves special mention as a bodybuilder who has continued to give back and promote the sport that made him a legendary champion.

Next
A Glimpse Into Ireland’s Burly Surf Culture

Elevate your workout to the next level.
Go to Appearance > Customize > Subscribe Pop-up to set this up.
More Stories
Why You Feel Creative In The Middle Of The Night, From TCM