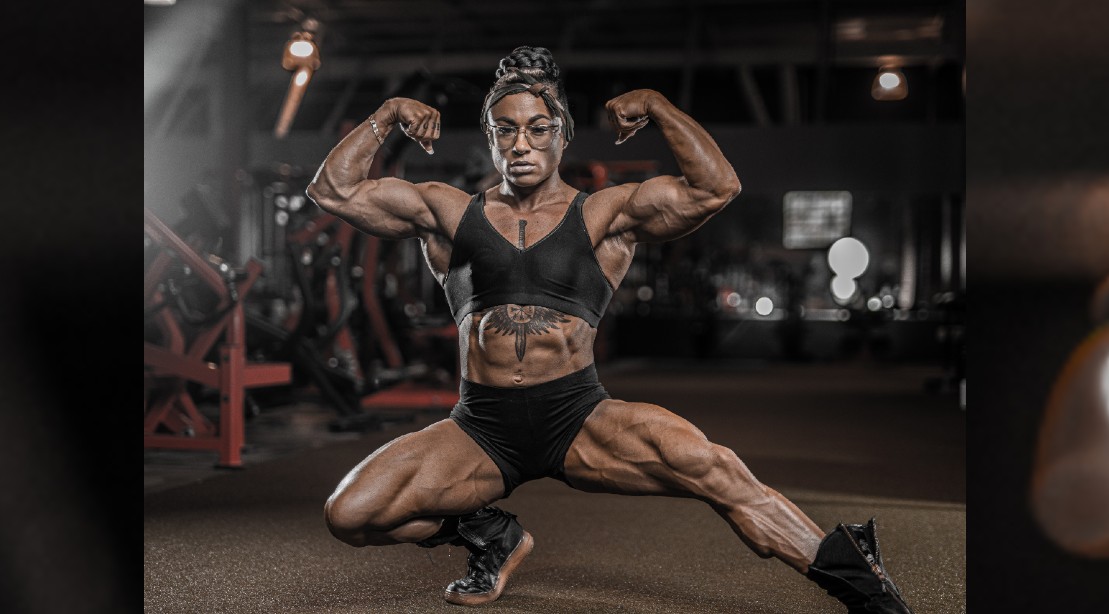 That flash in the sky, what could it be? A comet? A meteor? No, it’s the meteoric rise of the career of pro physique champion Rachel Daniels!

Some excellent muscle contest competitors need to pay a lot of dues, taking many years to earn their pro cards. Not so for Rachel. I went online looking for information on her while doing research for this article. I was surprised to find so little. And then, when I interviewed Rachel, I realized why—she only began competing in 2018 and, remarkably, quickly qualified for an IFBB pro card.

The amazing Rachel is an IFBB Pro Women’s Physique competitor, personal trainer, and nutrition & posing coach. Rachel began her body building career in 2018, moving from the European PCA League’s Bikini division to the NPC League’s Women’s Physique and Bodybuilding divisions in 2019, holding titles in each league and category.

Rachel earned her IFBB Pro Card at the NPC National Jr. USA show in Charleston, SC in August 2020. A week later, she made her IFBB Pro debut at the IFBB Pro League’s New York Pro show, held in her home town of Tampa. Rachel won 1st overall in the Women’s Physique Division at the NY Pro, securing her December 2020 Olympia qualification.

Rachel’s a former gymnast who moved on to dancing, boxing, and theater after major spinal reconstructive surgery when she was only 14. “I had spinal fusion, with 2 rods, 24 screws and 6 titanium hooks inserted in my spine and that made gymnastics impossible. But I love  being on stage, so I moved on to theater and dance and continued developing my athletic discipline by taking up boxing.”

When she started training in 2018, a lifetime of sport, plus excellent genetics, had given her a pretty good physique. But, as she describes herself, “I was really tiny.” She started weight training and immediately sought out “big guys” to train with every day in the gym, always determined to challenge herself. And this determination paid off. She started competing in bikini at 105 pounds. A year or two later, when she skipped figure and transitioned to physique, she gained 30 pounds of lean muscle.

Rachel has created an alternate persona she calls “The Real Lois Lane,” based on her motto, “I Am the Woman Who Can.”

“In some version of the Superman stories, Lois is not just a reporter but develops some amazing abilities of her own. In one version she is helpless and dependent. In the other, strong and independent. I think of this as a metaphor for my own life from who I was compared to the woman I am now. Now, I am the Woman who can.”

Rachel admits that she suffered from major insecurities during her youth and was always in trouble as a child. “I was very lost and angry as a kid and got written off a lot as a bad seed. I think, if you pay attention, you’ll realize that a lot of kids like me that have extreme pain can channel that into something incredible if they are only given direction.”

Becoming a bodybuilder (which to her includes all categories) did a lot to increase her confidence and sense of independence. In fact, becoming a strong woman by developing a strong body, and therefore a strong mind, is a kind of therapy she recommends to many other women. “One day, at my darkest moment, when my ego was truly down, I realized I was the only one who was going to save myself, I stopped blaming the world for my problems and I was forced to earn everything mentally and physically through bodybuilding,” Rachel says.

“When I first started,” she recalls, “I was somewhat ambivalent about building a large amount of muscle, because I simply didn’t associate muscle with the female body. Plus, I saw some women bodybuilders online whose bodies I didn’t really like.  But then I saw others like Lenda Murray, and I realized how marvelous the aesthetically muscular female body can be and at that point I really fell in love with muscle”

“Bodybuilding training has given me a discipline I would never have imagined,” Rachel says. “In fact, it has come to regulate and dominate my life. When I’m in training, nothing else matters very much. It guides and focuses all my actions. This has cost me friendships. Many don’t realize why I’m not available to socialize. Why I can’t go out for pizza and a beer. But I’m sure one of the reasons I have come so far so quickly is my ability to totally devote myself and to concentrate on my training and diet. I believe you can practice self-care without being selfish. People say I need more balance, but I don’t think the most successful people in this world are in fact especially balanced. ”

In her mind, the “Lois Lane Mentality” involves tremendous focus and discipline. This kind of extreme strictness may not be something she can maintain for years and years, but she’s young, her career is just getting started and she realizes she is creating the foundation of a career that could last decades.

“Having this kind of discipline often results in my being alone and I think a lot of serious athletes or powerful women can relate to that,” Rachel adds, “but I’m never lonely. My dedication to bodybuilding fills up my life. There is no grey area with me when I commit to something or someone. I understand ambition is lonely and I prefer it that way”

One area Rachel has never lacked in is stage presentation. With her background in gymnastics and dance, she enjoys being the center of attention and posing in the most passionate and dramatic way possible, combining her theater and dance background with golden era bodybuilding poses. “There are  a lot of great physiques out there. But when the competition is close, how you pose and what you make the audience and judges feel without words will  make the difference. This is how they will remember you and this is how you distinguish athletes from legends.”

Rachel says she thinks like a winner, but trains like a loser. That is, she has great confidence in her ability but, in the gym, she takes nothing for granted.  She never assumes she had done enough and can slack off. “Nobody is perfect,” she says. “My goal is to be the best I can be, and I won’t know what that is until I get there. I believe my potential is unlimited, that someone is always better, and someone is always worse than me, and I train accordingly”

Rachel utilizes her athletic and social media influence by speaking strongly on topics such as androgyny in regards to women in the fitness industry, and the importance of interdependence between male and female athletes, using her powerful posing routines and overall stage presence to support her “Iron Sisters” and redefine women’s roles in bodybuilding as we know it.

Previous
How Having Divorced Parents Can Affect Attachment Style

Next
How To Synch Up With This Mysterious Sign 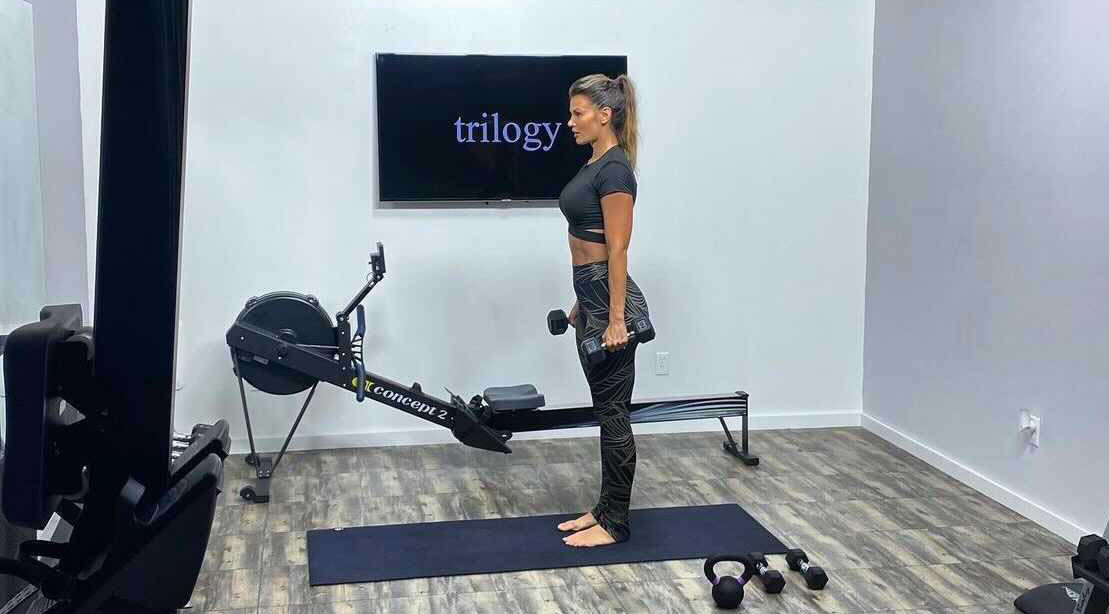