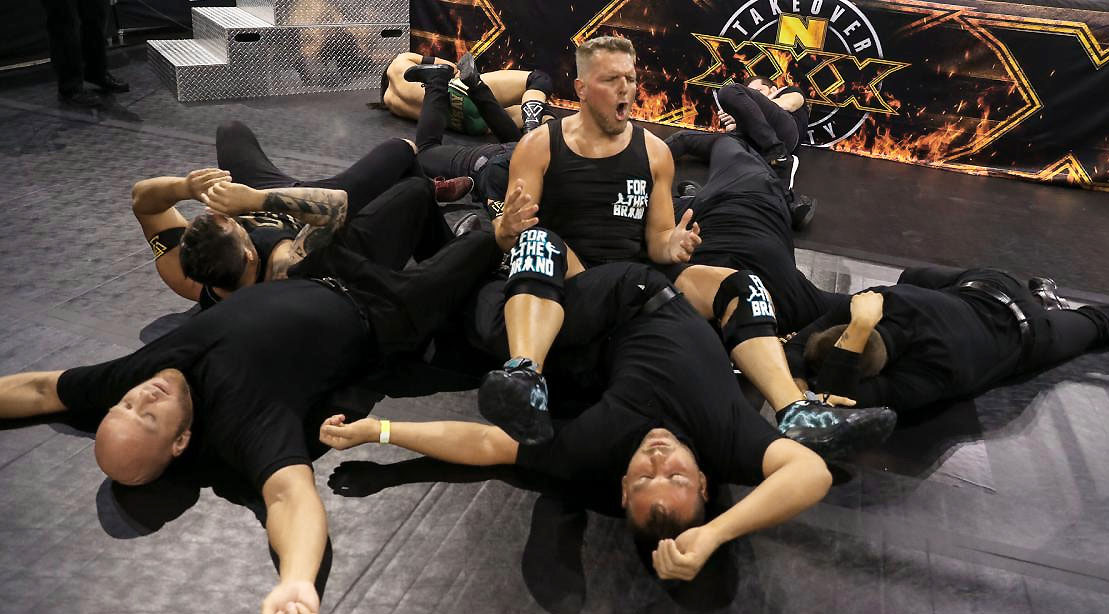 Pat McAfee is Training to Become top of the WWE Pile

While Cole made good on his promise to defeat the former NFL placekicker, it was far from the easy win he’d promised and during his scintillating WWE debut, it became clear that McAfee was taking pro wrestling seriously. Not only did the former 8-year veteran with the Indiana Colts turn up in great shape, but in a major surprise that fans are still talking about many months later, McAfee flew around the ring like an established WWE superstar.

It’s widely understood that, barring a few exceptions like Kurt Angle and Ronda Rousey, few athletes make a quick transition from other sports to the larger than life world of WWE. Years of training are required to master the timing, moves, and charisma required to become a pro wrestling star and yet the 33-year-old from Plum, PA has wowed critics from the first moment he set foot in the ring. Pat also brought the same passion to the steel cage where he came breathtakingly close to picking up his first victory at NXT TakeOver: WarGames.

Teaming with Pete Dunne, Danny Burch, and Oney Lorcan, pro wrestling’s hottest new prospect took it to all four members of The Undisputed Era in a wild affair that saw our man performing a death-defying moonsault that sent Roderick Strong crashing through a table. As if that was not enough, he then took out the entire opposing team with a flying senton from the very top of the WarGames structure. Muscle & Fitness sat down for an exclusive interview with one of WWE’s most talked about characters to get the lowdown on his progress so far.

Next
How To Grow Eyelashes Quickly & Easily: 6 Derm-Backed Tips

The Pittsburgh Pirates Have Reached a New Low