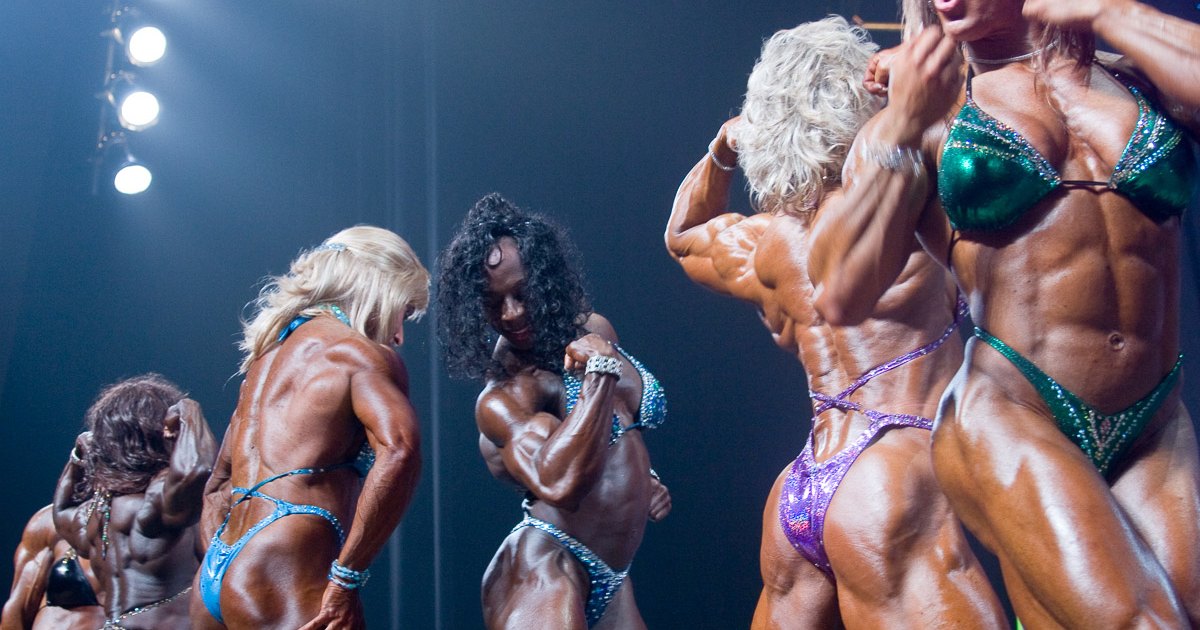 Any bodybuilding fan worth their salt knows that the sport saw a boom in the 1960s and ‘70s, when some of the most well-known male competitors of all time took the Olympia stage—including one Arnold Schwarzenegger. But before the inaugural IFBB Ms. Olympia in 1980, bodybuilding was a man’s world.

Rachel McLish was the first Ms. Olympia, and her victory launched a career brimming with magazine covers, sponsorships, and even movies. She lost her title to Ritva Elomaa in 1981, but clinched a second win in 1982. After skipping the 1983 show, which Carla Dunlap won, McLish placed second to Cory Everson in 1984 and retired.

Everson would go on to win six consecutive Ms. Olympia titles, ushering in an era of muscularity never seen in women’s competitions. After Everson came Lenda Murray, who won six consecutive Ms. Olympias from 1990-1995 and returned for two more in 2002 and 2003. And no discussion of iconic female bodybuilders would be complete without a mention of 10-time Ms. Olympia Iris Kyle, who has more Olympia titles to her name than any other bodybuilder, male or female.

Each new champion brought unprecedented size and shape to the female bodybuilding stage, an evolution mirrored by the Mr. Olympia competition. Unlike the men, however, female bodybuilders only seemed to face more pushback as they grew, both in the mainstream media and within the industry. As time went on, fewer women’s bodybuilding shows were held, and the final blow was the cancellation of the Ms. Olympia altogether in 2014.

Women’s bodybuilding was down, but not out.

Wings of Strength, a bodybuilding promotions company owned by Jake Wood, worked to fill the gap by debuting the Rising Phoenix World Championship in 2015. It became the biggest stage in women’s bodybuilding and saw three champions—Margie Martin, Helle Trevino, and Alina Popa—in its five years.

Then, during the 2019 Olympia Weekend, it was announced that the Ms. Olympia competition would return in 2020. And now that Wood owns the Olympia, it’s safe to say female bodybuilders will always have a place on bodybuilding’s most prestigious stage.

The news alone was a game changer for female bodybuilders and fans, but just as exciting is the roster of competitors vying for the coveted title.

Kyle will take the stage in hopes of collecting her 11th Olympia win—not a far-fetched notion, considering she was the final Ms. Olympia in 2014. Yet another former Ms. Olympia, Yaxeni Oriquen-Garcia, will join Rising Phoenix World Champions Trevino and Martin, plus a lineup of outstanding women that will make for an exciting show at Planet Hollywood Hotel and Casino this year.

Elevate your workout to the next level.
Go to Appearance > Customize > Subscribe Pop-up to set this up.
More Stories
The Best Probiotic Supplement To Support Digestion, From Experts