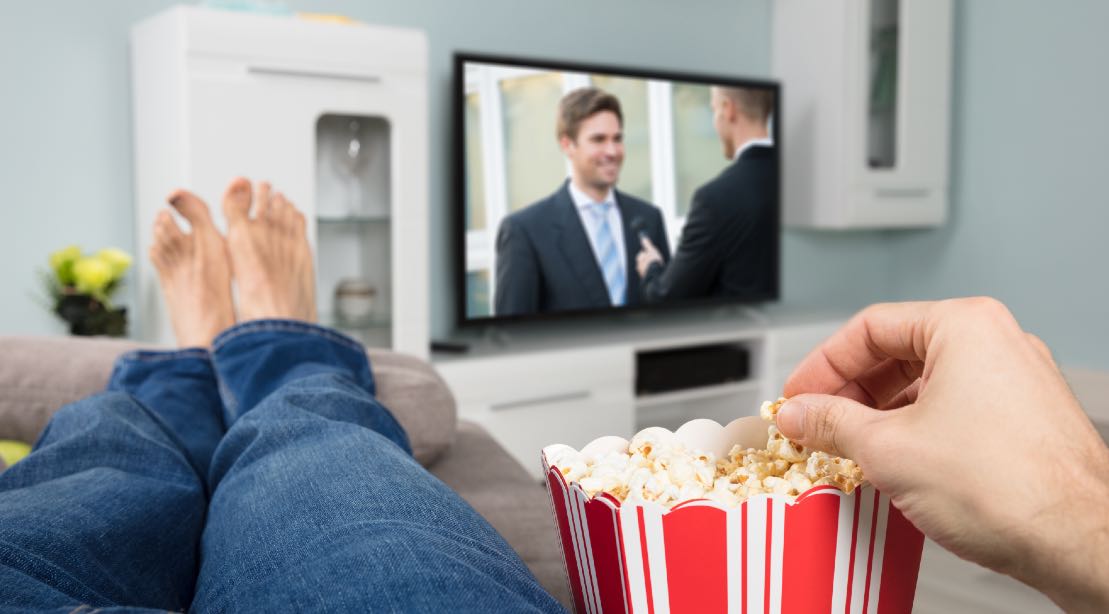 You spend most of your day looking at a screen — whether that be checking email, organizing your chest day playlist, watching the news, and much more. Hell, you’re looking at a screen right now while reading this story. But once you’re done with this piece you should probably put the phone away, because it’s likely hurting your diet.

That’s according to a new study out of Arizona State University that found a link between excess screen time and poor eating habits. Researchers concluded that people who look at screens  — either televisions or smartphones — for an average of 17.5 hours per day or more had the least healthful eating patterns, compared to people who looked at screens  for 11.3 and 7 hours per day.

The study didn’t include the time people spend looking at their laptop for work purposes.

For the study, more than 900 U.S. adults who owned a TV and another screen were asked to fill out a survey about the amount of time they spend looking at a screen and their diet, as well as their perceived stress, sleeping habits, and more. Unsurprisingly, people who spent more time looking at a screen for entertainment purposes — watching TV or scrolling through social media — not only had worse eating patterns but also had poorer sleeping regimens.

“We love to look at our phones and worry ourselves with the news right before we go to bed,” Chris Wharton, assistant dean of innovation and strategic initiatives at Arizona State University’s College of Health Solutions, said in a statement. “But one of the simplest things people can do for their health when it comes to screens — which is probably one of the hardest things to do because of the convenience and their addictive nature — is putting all those devices down, in particular your smartphone, two hours before bedtime.”

This pattern also applied to people who regularly binge watch a series in one sitting — we’re looking at you, Stranger Things fans.

In an ongoing study, Wharton found that people who decreased their screen time were able to improve their overall health.

“We have some qualitative data to suggest that when people eliminate screens from their lives at night, magical things happen,” he said. “Initial results suggest that people have to figure out what to do with this time, so they’re doing things like spending more face-to-face with family and friends, cooking and preparing food, being physically active and engaging in hobbies.’”

Previous
The Challenges Of Embracing Vulnerability As Parents + What To Do

Elevate your workout to the next level.
Go to Appearance > Customize > Subscribe Pop-up to set this up.
More Stories
Constipation Can Trigger Acne According To A Naturopathic Doctor