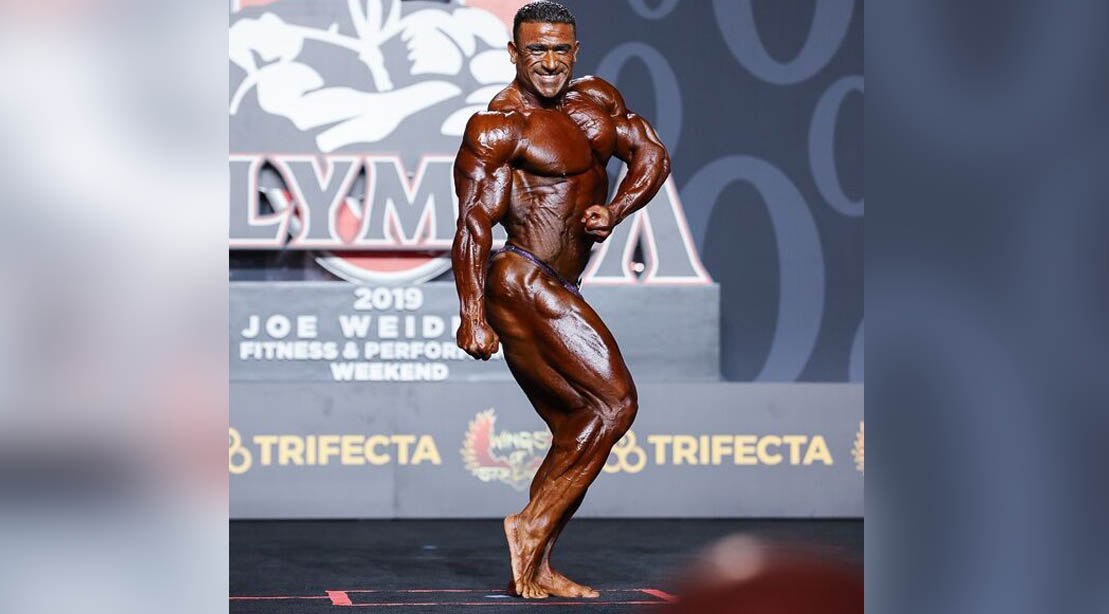 Kamal Elgargni hasn’t been in the 212 bodybuilding scene for too long, but he’s already managed to make quite an impact on the division. At his 212 pro debut at the 2018 Arnold Classic, he managed to topple a roster of impressive competitors and took home first prize. At that year’s Olympia, he won the bronze behind Derek Lunsford and Flex Lewis, in what would be Lewis’ final 212 competition.

A year later, he would bring the complete package onto bodybuilding’s biggest stage and was declared the new face of 212 bodybuilding. He would then announce his intention to retire from competition — and certainly nobody would’ve blamed the then-47-year-old for wanting to do so. He could’ve easily returned to the U.K., where he owns and manages his own gym, and spend time with his family while the younger, up-and-coming stars duke it out.

But that’s how Elgargni functions, and he would later announce that he was willing and eager to defend his title at the 2020 Olympia.

He’s so eager, in fact, that by the time pre-judging kicks off at the Planet Hollywood Las Vegas hotel Elgargni will be a year into his prep for the competition.

“I’m ready next week to be honest,” he confidently told the Olympia’s Cayden Reilly in a recent Instagram Live interview. “I could be in the condition you saw me in at last year’s Olympia.”

Watch the interview in its entirety by clicking here.

Adapting to the pandemic

Unlike the millions who suddenly found themselves having to adapt to at-home workouts during the coronavirus pandemic, Elgargni was able to continue to lift heavy iron uninterrupted. That’s because, as owner of Better Bodies gym in Northampton, England, the 212 champ is able to workout whenever he wants. “I’ve got the keys…so for four or five months it was just me on my own in the gym,” he says.

That proved to be a blessing in disguise because, though his business would suffer a little bit, Elgargni was able to put 100 percent of his attention on training for the Olympia. “There was nothing to do but train, eat food, and sleep. I really improved a lot,” he says.

Elgargni is now in Florida, and has a similar experience to the one he had back home — this time at the Dragon’s Lair, the gym of his former opponent, Flex Lewis.

“I’m going to have exactly the same thing that I had in the lockdown,” he says.

Elgargni walked Cayden through a typical training week in the Dragon’s Lair. The crew will train one body part a week, with four-to-five different exercises for each muscle group.

The amount of sets are kept at about six-to-seven, but the real hell is the reps he’s forced to eek out—anywhere from 20-35. “This is the change,” Elgargni says.

“For an old man I keep up pretty well,” he joked.

Libyans are very proud of the Tripoli-born Elgargni—a video on his Instagram shows a crowd of his fellow countrymen cheering in excitement when he was declared the 212 Olympia champ last year. Now, many of the people there want to be just like him.

“In the past two years, gyms have become huge,” he says. “Bodybuilding’s gone from zero, to everyone wants to be like me.”

Unlike America or many European countries, gyms are hard to come by in Northern Africa. Elgargni has already opened some gyms in Libya, but he wants to do even more for the country to help grow bodybuilding there.

“As soon as Libya calms down, I want to give something back,” he says. “There’s a lot of restrictions for visas…but we’ll definitely try to bring bodybuilding to Africa. I’ll definitely give a lot back to bodybuilding. We will bring it to their doorstep.”

Elgargni also took the time to walk listeners through one of the most important parts of his training regimen: his diet. On the day he caught up with Reilly, here’s what he ate during a cheat day.

Don’t miss Elgargni and his fellow 212 Olympia competitors on stage from December 17-20. Tickets are now available at MrOlympia.com as Trifecta Presents Joe Weider’s Olympia Fitness & Performance Weekend, brought to you by Wings of Strength and by Northern Chill.

Previous
You Can Do Better Than Plain Old PB&J: Here's An Update To Try

Elevate your workout to the next level.
Go to Appearance > Customize > Subscribe Pop-up to set this up.
More Stories
How To Do A Seated Twist To Improve Digestion & Beat Bloat