How to Beat Crowds and See Yosemite’s Firefall in 2022

Yosemite Valley is mind-blowing enough on any given day or month, but when annual Firefall season arrives it becomes a spectacle within a spectacle. At sunset during the last two weeks of February, rays of light hit the precipice of Horsetail Fall on El Capitan at just the right angle—turning the water fire red. The event, slated for February 10 to 28 this year, will be drawing the usual thousands of Firefall crowds and Yosemite traffic jams to a scene that (like the Valley itself) photos can only hint at. That is, if it happens. It’s nature, so even at the optimal time, there are no guarantees.

The Best Time to See Firefall in 2022

I live in the area and was in Yosemite this past weekend. Though I didn’t see the elusive Firefall, I did see El Cap at sunset, and the formation glowed gold in the light. Yosemite Falls and Bridalveil Fall were flowing and gorgeous. From what I observed, it’s too soon to tell if the upcoming light event that turns Horsetail Fall into an illusion of flowing lava will occur.

“It’s the proverbial crapshoot,” says Evan Russell, curator at the Ansel Adams Gallery in Yosemite Valley. “Conditions right now don’t look as good as they could be. We’ve had a very dry January and whatever is left is water from the storms before. It’s not going to be a great year for it as it stands now.” If it does happen, he continues, “between Valentine’s Day (Feb. 14) and President’s Day (Feb. 21) is the best window.”

Photographer and longtime Yosemite resident Dean Fidelman has been capturing that moment for years—and it never gets old. “It’s quite beautiful—just epic,” he says, adding that most modern cameras can do the job, from a cell phone up to a DSLR with a 70mm lens or more. “Bringing a tripod allows you to get a slow shot where the water looks milky,” he adds.

How to Beat the Crowds to See Firefall

Due to overcrowding, road restrictions are in place. Plan your visit ahead of time and check out the free shuttle schedule. “We’re suggesting people park in the lots and either walk or ride a bike instead,” recommends a spokesperson from the Park Service.

There are ample paved paths that connect the Valley loop. When biking or walking, it’s wise to bring warm layers and gloves, a headlamp, bike lock, reflectors and lights, and warm drinks.

Many credit the late photographer Galen Rowell who captured the event in 1973 with popularizing the Firefall. The name is a nod to the original—and environmentally damaging Yosemite Firefall—which started in 1872 when James McCauley of the Glacier Point Mountain House Hotel poured embers over the edge of 3,200-foot Glacier Point.

In the 1960s, Director of the National Park Service George Hertzog argued “the Firefall was an unnatural spectacle more appropriate for Disneyland than a national park,” and it “attracted huge crowds that damaged local meadows,” per Yosemitefirefall.com. The spectacle ended on January 25, 1968.

Present day crowds to the Firefall on El Cap unfortunately come with trash issues. To keep the park clean, “the Ansel Adams Gallery does a mini Facelift for Horsetail Fall viewing areas,” says Evan Russell. “We’ve found clothing, toilet paper, and even a painting someone had done and left out in the woods.”

For nearly 20 years, the Yosemite Climbing Association has hosted the annual Facelift in the fall, where visitors and locals alike pick up garbage. To date, they’ve removed more than one million pounds of it. Do your part and take everything out with you.

And remember: There’s more to the park than Firefall.

“The truth is, you see so many things in Yosemite that are amazing,” says Fidelman. “It’s never just one thing.”

Use our complete guide to Yosemite National Park to plan your visit.

Previous
How To Avoid Burnout While Dating, Because It Can Be Exhausting

Next
How To Give Your Houseplants The Soil They Need: 4 Expert Recipes 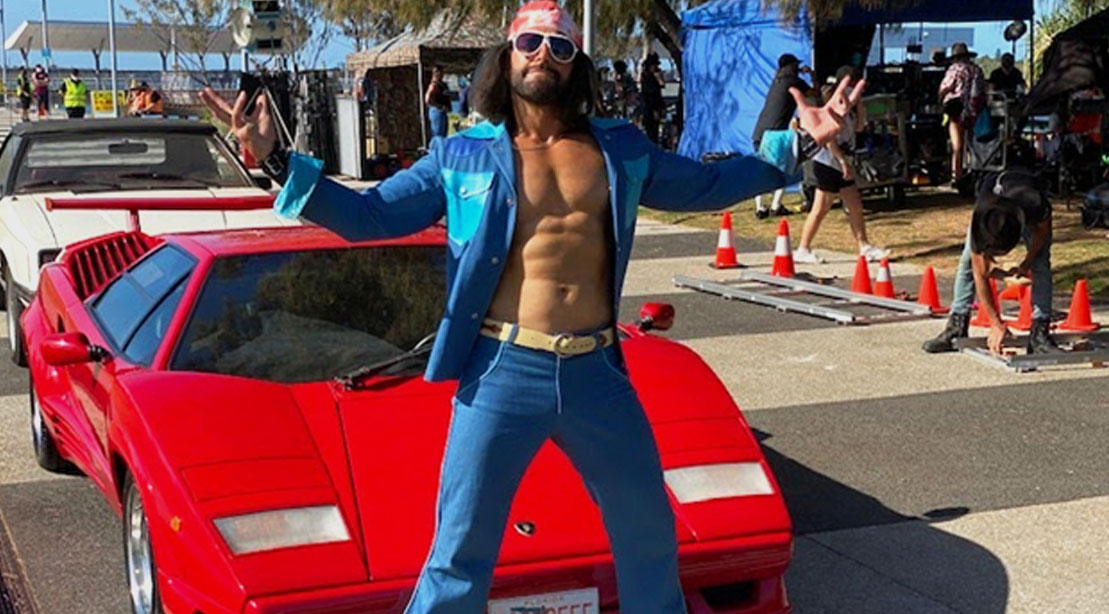 How Kevin Makely got ‘Savage’ for ‘Young Rock’