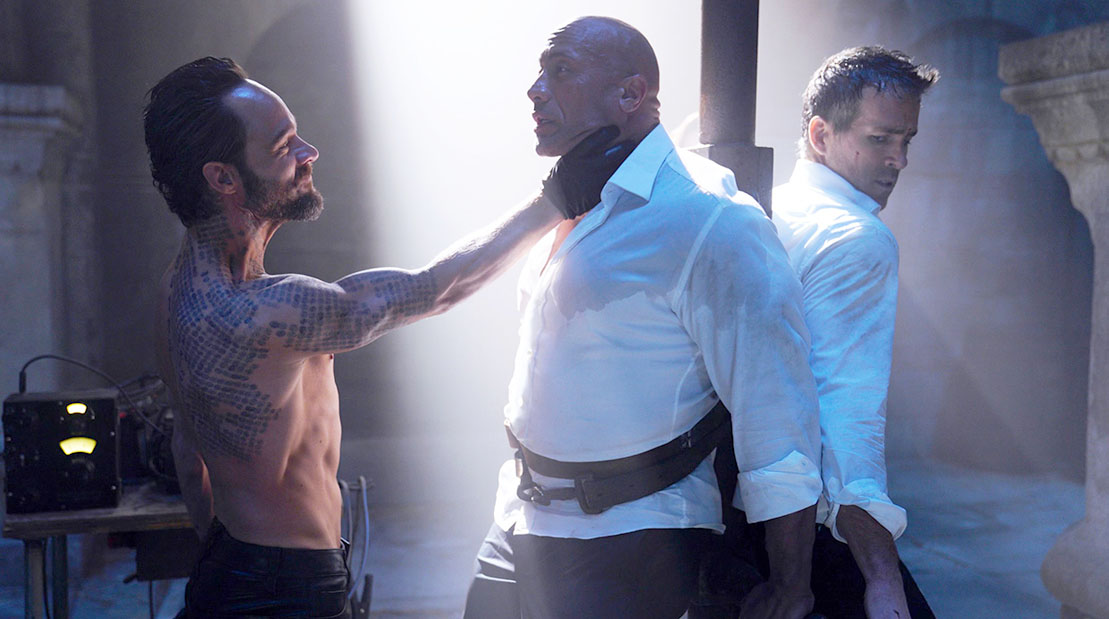 How Chris Diamantopoulos Dropped to 7.1 % Bodyfat

Chris Diamantopoulos has been a keen health and fitness enthusiast since childhood, so when the opportunity to gain weight and soften up a little in order to play the villain in Netflix’s latest blockbuster, “Red Notice” presented itself, the 46-year-old looked forward to a temporary relaxation of his strict regimen in favor of increasing his pizza intake.

However, just three-and-a-half weeks out from filming, the script changed and now called for Diamantopoulos to lean out in order to play a more ripped and credible foe to Dwayne Johnson and Ryan Reynolds. This was an unexpected challenge, but the Canadian actor of Greek descent, who also appeared in Season 2 of HBO’s dark-comedy, “Made for Love,” threw himself into it with epic results.

Diamantopoulos, who plays “Sotto Voce” in Red Notice, the action-comedy movie that just broke the record for most Netflix views on launch day, explains how he got so shredded, and why, after all his hard work, that shirtless scene almost never happened.

“’Muscle & Fitness,’ you guys were the very beginning for me,” he says. “When I first realized that I had a body that I could train to look more than a 90-pound weakling, it’s where it all began.” By the time he was 18, Diamantopoulos was mastering chin-ups and gaining muscle. “I had a folder of images that were inspirational for me,” he says. “Everything from the Frank Zane stuff, Arnold of course, and Mike Mentzer — who was a huge influence on me, not just as a bodybuilder but also as a philosophical idealist.”

Staying consistent with his fitness is a mindset that the married father of three children still holds to this day, but when he booked his role in “Red Notice” to portray a fat, balding, billionaire arms dealer, he looked forward to finally being able to indulge on nachos and cheeseburgers. Then, after two weeks of junk food heaven, the director called to tell him that the vision for Sotto Voce had changed. Now, staying on “Red Notice” — short notice — would require some serious training. “Now I had been eating to gain weight, and I’d never had to do that before,” Diamantopoulos says. “He said, ‘Can you get into fighting shape in three-and-a-half weeks?’ and I said, ‘Yeah I can.’ I’d never had that mission before, this was dropping the bodyfat down to 6 or 7 percent. This was really meticulous.”

Here’s how Chris Diamantopoulos was able to achieve his incredible Hollywood transformation:

Diamantopoulos adopted a daily 18- to 22-hour intermittent fasting schedule (depending on how he felt each day). “When I did eat, I broke my fast with a medium-size portion of protein, usually a grass-fed steak,” he says. “Then after around an hour, I would pretty much eat anything that my eyes and stomach craved. I found that by having the protein a short while before my main meal, I tended not to overeat most of the time, but cheese and I became very good friends.” The actor often found himself reaching for some feta to help him feel full.

The actor stayed on course by occupying himself with long walks and also found that having his meals during the end of the day, toward dinner time, worked best for him. Diamantopoulos did allow himself to drink coffee whenever he wanted, although he reduced his intake as the day went on, and also supplemented with creatine in the morning, colostrum, vitamin C, and master amino acids to help prevent muscle breakdown.

Diamantopoulos only worked out twice per week, which helped him to build and maintain muscle while sticking with his lengthy daily fast. Those training sessions were broken down into a machine session, and a body weight session.

On machine day, Diamantopoulos lifted heavy weights, comprised mostly of leg presses, pulldowns, and chest presses in addition to the military press, bicep curls and exercises that would target his lower back. He executed each rep slowly, aiming for 20 seconds per rep (10 seconds each for positive and negative movements), with little-to-no rest in between reps. The actor did one set of each exercise and trained as close as he could get to failure, averaging between 4 and 10 reps, depending on the movement. “It’s an incredibly efficient workout, lasting only about 15 to 25 minutes,” he says. “But it’s amazingly effective. And truly exhausting.”

The bodyweight sessions included pushups, pullups, wall sits, and some mobility work to target the abductors. “This workout also served me well for when I went to do a reshoot in Atlanta and we were quarantined in a small hotel with no access to a gym,” says Diamantopoulos. “I was able to build a makeshift bodyweight gym in my 200 square-foot hotel room to keep myself in shape … and from going stir crazy.”

How Chris Diamantopoulos Monitored His Progress

Chris Diamantopoulos says that he was sitting at around 15 percent bodyfat when he got word that he would need to change his body composition. He underwent a DEXA body scan, considered one of the best ways to measure bodyfat, and took various body measurements throughout his weight-loss journey. “It’s quite remarkable how much you can affect your body with a rigorous training discipline,” he says. “I think the leanest I got was 7.1 percent.”

The “Red Notice” star also says that hydration and plenty of sleep was essential for helping him maintain his plan.

How Chris Diamantopoulos Seized the Moment

“The whole sequence where I’m supposed to be fully shirtless, they pulled it from the script,” explains Diamantopoulos, who says that the pandemic had forced schedule changes meaning that his newly ripped physique was almost never seen. “The director said, its fine, you’ll look great under the shirt, and when we did the first take of that scene, I just took my f***ing shirt off. Ryan improvised, he goes, ‘Why are you taking your shirt off?’ And it ended up in the movie!”

Thankfully, audiences of Netflix’s latest monster hit will see the product of Diamantopoulos’ focus and discipline, and they will also see him return to the streaming platform opposite Kevin Hart and Wesley snipes in the limited series, “True Story,” playing a brutal Greek gangster (premiering Nov. 24). “After I had gotten into good shape for ‘Red Notice,’ I took it up a notch while I was shooting ‘True Story,’” he says.

Thinking ahead to future roles, Diamantopoulos would love the opportunity to star alongside his childhood hero, Sylvester Stallone. “I would do a movie with Stallone if he had me standing naked in Antarctica,” laughs the actor. “I have such tremendous respect for what he’s done in his career, and anybody that can get up every day, and make things happen for themselves, without being handed anything, that’s the guy I want to follow.” 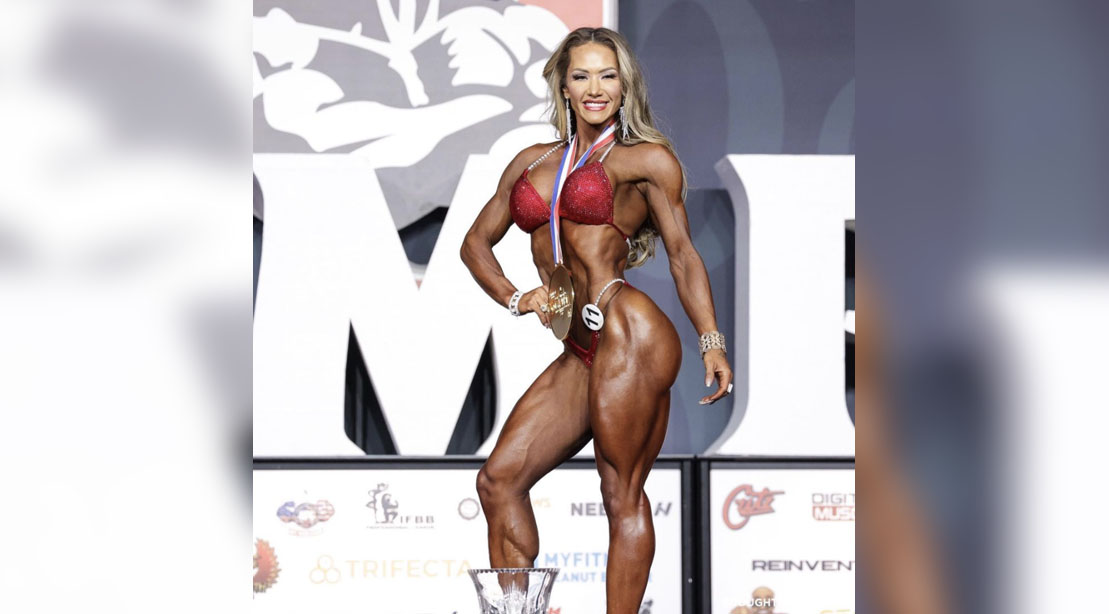