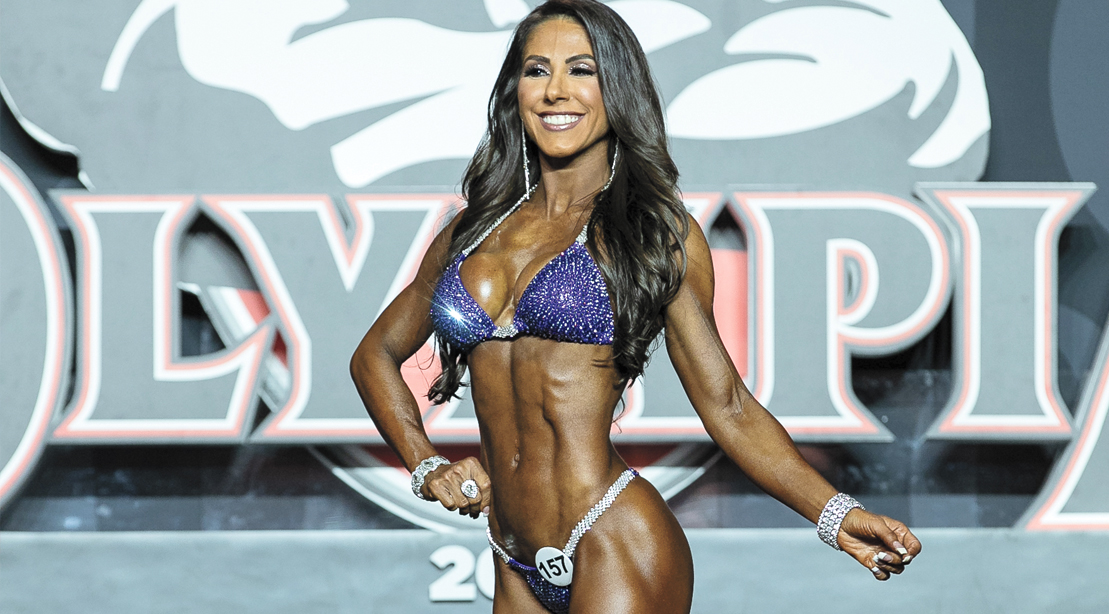 How Angelica Teixeira Exercised Perseverance Throughout Her Entire Career

It’s easy to appreciate how beautiful this Bikini champion is and her great body. What is difficult is knowing how to pronounce her last name: it’s tea-shera.

Teixeira is her married name and her husband is of Portuguese descent. “I have heard my name pronounced every way you can imagine,” says Angelica. “I’m glad you are showing how to say it correctly.”

Angelica Teixeira was born on March 10, 1984 in Brazil. She spent eight years practicing jazz dance, which helped strengthen and tone her body from a young age.

As Angelica says, leading a healthy lifestyle was something that came naturally to her. This was, in part, because she was surrounded by people who took their health and physical looks seriously. As she says, “In Brazil, almost everybody is very fit. You’re always surrounded by fit people and this makes very conscious of being in good shape.”

Brazilians in general are very body conscious, Angelica explains. Brazilian women were wearing the skimpiest bikinis long before this fashion became popular in the United States.

The problem was, in a county full of curvaceous women, Angelica was very skinny as a girl to the point where others would make fun of her. So, she decided to develop her physique with weight training.

However, Angelica had one problem—she was too young to lift weights. She was 14, and was told, for legal reasons in Brazil, she couldn’t train in the weight room until she was 18.

As a result, Angelica was left with no other option than to do group classes until she turned 18. At this point, she began doing various bodyweight exercises, alongside training with a basic set of dumbbells—driving her determination to stay fit despite the limitation of not being able to lift heavier weights.

“When I was finally able to join do weight training in the gym,” she explains, “my training bible was Arnold’s New Encyclopedia of Modern Bodybuilding. I studied how to do all of the exercises and learned about how to diet to maximize muscle while staying lean. It was an invaluable education.”

When Angelica was finally able to sign up for her first gym membership, she began training harder than ever before. It was at this point Angelica began to set new goals for herself, such as becoming a personal trainer. However, to become a certified coach, she first had to earn a four-year college degree in physical education. After four years of studying, Angelica graduated from college with a degree in physical education and was qualified to work as a personal trainer.

Angelica married her husband in 2007. In 2008, after a couple of years of her working as a fitness coach, Angelica’s husband’s job took him to Texas.

One problem for Angelica was she spoke no English. So, she took a job as a bagger in a supermarket. “That job was so valuable to me,” she explains. “Working at the store and watching a lot of television, I was eventually able to learn English, and this opened up all sorts of possibilities for me.”

“It is very gratifying to me,” she explains, “that I am now featured on covers of magazines displayed in the market where I used to work as a bagger.”

After almost five years, she made a lot of progress in mastering the English language and was finally able to focus on her fitness career.

“A gym in New Jersey allowed me to try conducting classes, not sure if this would actually work. Thankfully, it did. After a few weeks my classes became so popular they were totally full and my work as a fitness instructor in the US was finally under way.”

Then in 2013, after working out in the gym for 11 years, Angelica decided to enter a muscle contest. She competed in both bikini and figure and being on stage for the first time gave her a much better idea of what her goals needed to be with training and diet.

“I noticed on social media that a lot of people were beginning to compete; people who were trainers and class instructors. Right there, I thought to myself, ‘I can do this,’ especially because it could only help my ability to train my clients in the process.”

“My first competition was only Figure and I placed 16th. In my third show I crossed over and did Figure and Bikini for the first time. And that’s when I fell in love with the Bikini division.”

“Because of my genetics and how hard I train,” says Angelica, “I have always had very developed quads and legs. Actually, too much for bikini. So, I have had to cut back on my lower-body training to achieve a look that the bikini judges are looking for. There is now the Wellness category, which has been described as ‘bikini for women with bigger legs,’ and that is going to give opportunities for women with more developed lower bodies”

Angelica didn’t initially plan on making bikini competitions her career. Her only goal was to enrich her experience in training, dieting, and contest preparations so she could deliver better results to her clients.

But as Angelica says; “Originally competing was supposed to be a one-time thing for me. And here I am now, having competed in 36 shows.”

Over time, Angelica achieved immense success as a bikini competitor. She began competing in 2013, and in just three years, she won an astonishing 12 out of 22 contests she took part in—becoming an IFBB Bikini Pro in the process.

In 2017, Angelica reached the peak of her bikini career. Her first place victory at the 2017 Arnold Sports Festival was her first of the year, which was only a hint of what was coming later.

In September 2017, Angelica took part in the Olympia, the world’s biggest bodybuilding contest. Stepping on stage in her best version yet, she improved on her result from 2016 to win the crown of the Ms. Bikini Olympia 2017. With this accomplishment, Angelica earned her place among the greatest athletes that graced the Ms. Olympia Bikini stage.

Winning the title again in 2018, she is now preparing for the 2020 Olympia Bikini contest and her goal now is to win her 3rd title of Ms. Bikini Olympia.

Elevate your workout to the next level.
Go to Appearance > Customize > Subscribe Pop-up to set this up.
More Stories
Experiencing An Afternoon Crash? This Caffeine Nap Might Perk You Up