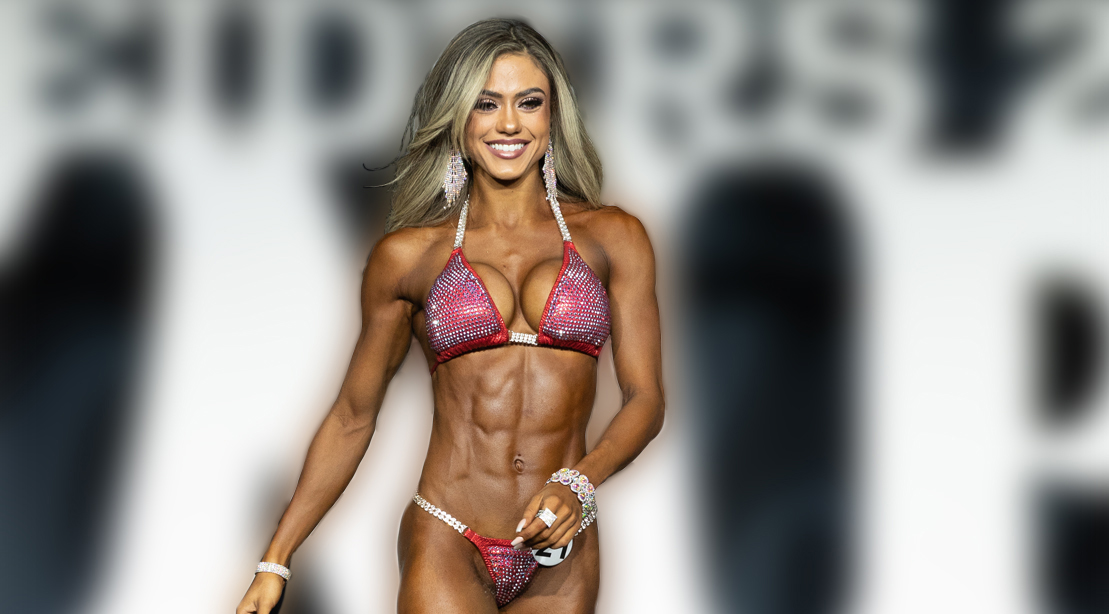 Has Brazil Taken Over the Pro Bikini Division?

Brazil is known for many things — its beautiful beaches, Carnaval, the Christ the Redeemer statue, and pão de queijo (Brazilian cheese bread).

“Brazilians are just hard workers by nature,” Raphaela, who now lives in Florida, tells Muscle & Fitness. “We have to work hard to succeed for what we want.”

Etila Santiago, who recently moved to Florida from Brazil, agrees with that take. “That is true,” she says. “We do have a really strong work ethic.”

The rise of the Brazilian competitors has also caught the attention of the fitness industry’s most influential leaders. Olympia President Dan Solomon tells Muscle & Fitness, “These are some of the world’s most dedicated athletes. I’ve gotten to know many of these inspiring ladies and we are proud to welcome each of them to this year’s Olympia.”

Hard work is something any bodybuilder, regardless of their division, needs to make it on an Olympia stage. There’s no denying, though, that genes also help play a role and Brazilian genetics have taken the Bikini division by storm.

“Brazilians have a good shape for Bikini,” Etila says. “We tend to have really good glutes and shoulders. Brazilians succeed in a lot of other divisions, too, but definitely in Bikini.”

“We have bigger legs and fuller glutes,” Raphaela says. “It’s part of our genes, of course.”

Don’t take their word for it, though — the past three Bikini Olympia champions have been won by Brazilians. Elisa Pecini won the title in 2019 and Angelica Teixeira was declared victor in 2018 and 2017. Both will join their fellow Brazilians Etila and Raphaela at Planet Hollywood Las Vegas Dec. 17-20 for this year’s Olympia.

The two up-and-coming talents have similar backgrounds that brought them to this point: they were both unhappy with their bodies, feeling they were too skinny.

“I wanted to be curvier,” Raphaela remembers. “I was also dealing with anxiety, and I still do, so I think getting into this was a good thing for both so I could be active and healthier.”

Competing wasn’t something that was on her radar, until her coach noticed her natural talent and suggested she do a show. She earned her Pro card at the 2013 Arnold Classic South America, and went on an undefeated streak in Brazil.

Etila is a former model and knew she wanted to train to put on more mass, and says the look of Bikini competitors appealed to her more than the other divisions.

“I saw the shape of Bikini and thought it would be better for me,” she says.

One of her biggest challenges was the amount of food she had to eat. As a model, she ate much less than she does now. But, she says, she tries to enjoy every part of the process: the meals, the weight lifting, and everything else in between.

Etila’s hard work has made her a recognizable face in the division and a force to be reckoned with — she took first place in this year’s New York Pro.

With such high-caliber talent competing at this year’s Bikini Olympia, both girls admit it won’t be easy to come out on top. “The division is really difficult,” Raphaela says. “There are a lot of pretty girls with really, really great bodies.”

Don’t miss all the action from December 17-20. Tickets are now available at MrOlympia.com as Trifecta Presents Joe Weider’s Olympia Fitness & Performance Weekend, brought to you by Wings of Strength and by Northern Chill.

Next
The State of Mental Health in the US in 2020

Elevate your workout to the next level.
Go to Appearance > Customize > Subscribe Pop-up to set this up.
More Stories
13 Of The Best Warm-Up Exercises To Do Before Your Workout