Stephen Dorff was looking for a challenge, both professionally and physically, when he got the script for Embattled. The mixed martial arts drama would require the veteran actor to get into the best shape of his life to portray a flashy Octagon champion the likes of UFC stars Conor McGregor and Cowboy Cerrone.

To accomplish the physique of a professional fighter, Dorff called upon Josh Perzow, whom he met while preparing for Immortals. The Montreal-based trainer has had extensive experience helping athletes—from boxers to NHL players—get into shape for competition.

“The shirt was going to be off for most of the movie, since he’s brawling or training in a lot of scenes,” Perzow says. “So we wanted him to have that really dialed in—[give him that] shredded figure during the fight sequences.”

Four weeks before filming, Perzow showed up at Dorff’s door in Los Angeles to make sure he got there. The result was 10 pounds of muscle mass, and a convincing warrior physique onscreen.

Putting mass onto Dorff’s naturally sinewy figure meant putting him in a clean calorie surplus, which took a fair amount of experimentation. “Getting size on requires a lot of eating,” says Perzow. “But not just anything. The foods we had him taking in were as organic and fresh as we could get them.”

Protein is the main building block for muscle. Perzow’s usual strategy is to do one gram of protein for every pound of body weight, focusing on lean sources like fish, turkey, and chicken breast.

The rest of the calories after protein intake were divided into healthy fats, including almonds and egg yolks, and wholesome carbs, like sweet potatoes and oatmeal, which Dorff liked to eat for breakfast with fruit. They didn’t skimp on the carbs, since Dorff needed the energy  to train mixed marital arts for the movie.

The Workout That Transformed Stephen Dorff Into Cash Boykins in Embattled

The program Perzow created for Dorff is a modified push-pull regimen with added lower-body work. Three days a week were dedicated to that traditional muscle-building program, two days were set aside for body part-specific work, and two days were allocated for rest.

“We set aside workout days for his biceps and shoulders, so we could target those areas with his full energy, since they would help fill out his frame during filming and give him broader ring presence.”

During the program they added segments of moderate to intense cardio to get his stamina up, crucial for when he started mixed martial arts training on set in Alabama. This was usually accomplished by ending their sessions on a treadmill or assault bike.

Directions: Set a bench to an incline of 45 degrees. Grab a pair of dumbbells and straddle the bench so your chest is against it, arms hanging straight down. Squeeze your shoulder blades together and keep your elbows tucked to your sides as you row the dumbbells toward your ribs. That’s 1 rep.

Directions: Attach a D-handle to the cable at a lat pulldown station, then set it to the top height. Sit on the bench, facing the machine, then grab the handle in one hand, palm facing your body in a neutral. Keep your elbow tight to your side, as you pull the handle straight down until your hand is just outside your chest. Slowly return to the start position. Repeat for reps, then switch arms.

Directions: Place the end of a barbell into a landmine attachment, or wedge it into the corner of a wall (wrap towels around the end of the bar to prevent damage). Stand over the bar, facing the plate(s). Bend at your hips and slightly at the knees to grab the bar just under the plates with both hands. Keep your elbows tight to your body, and exhale as you row the bar to your chest. Hold for a count of two. Lower the bar to return to the start position. That’s 1 rep.

1A. Landmine Row x 12 reps
Stand over a loaded landmine barbell so it’s between your legs, facing the weighted end (not the anchor). Bend at the hips and slightly at the knees to grab the bar just under the plates with both hands. Keep your elbows close to your body and a flat back as you exhale and bring the landmine to your chest. Hold for a count of two. Inhale, then lower the landmine down with control. That’s 1 rep. Repeat.

1B. Tall Kneeling Cable Rope Pullover x 12 reps
Grab two stirrup handles while getting into a tall kneeling position facing away from the cable machine, with knees on the ground and back upright. Begin with your arms straight up overhead, palms facing forward. Start the exercise by engaging your lats and lowering your hands, pulling the cables down while keeping arms straight, stopping once parallel to the ground. Hold for a count of two, then bring arms back to the starting position, slow and controlled. That’s 1 rep. Repeat.

1C. Bentover Kneeling Cable Rope Pullover x 12 reps
Fix the rope attachment to the top third of the machine. Come down into a kneeling position facing the pulley, a few steps back, hips hinged so your body is at a 45-degree angle to the machine. Grab the ends of either rope so your elbows are bent at 90 degrees, then pull the cable down in a controlled movement until your arms are extended straight at your sides. That’s 1 rep. Repeat.

1D. Single-Arm Dumbbell Preacher Curl x 10 reps per side
Start off at a preacher curl bench (or adjust a workout bench to a 45-degree angle). Grab a dumbbell and extend your arm along the bench with your palm facing up. Curl the dumbbell with control toward your body until it reaches your upper chest. Hold for a count of one, squeezing your chest and bicep. Return to the starting position. That’s 1 rep. Switch sides.

1E. Seated Incline Bench Cable Curls x 15 reps
Set an incline bench to 45 degrees, then sit down with your back against it, holding dumbbells down by your sides. Curl the dumbbells, palms up, toward your shoulders. Hold for a count of two, then lower back down to the starting position. That’s 1 rep. Repeat.

Embattled is now playing in select theaters and on VOD.

Previous
33 Daily Affirmations For Kids To Boost Their Positivity

Next
Do You Have Dehydrated Skin? Here’s An Easy Test To Tell 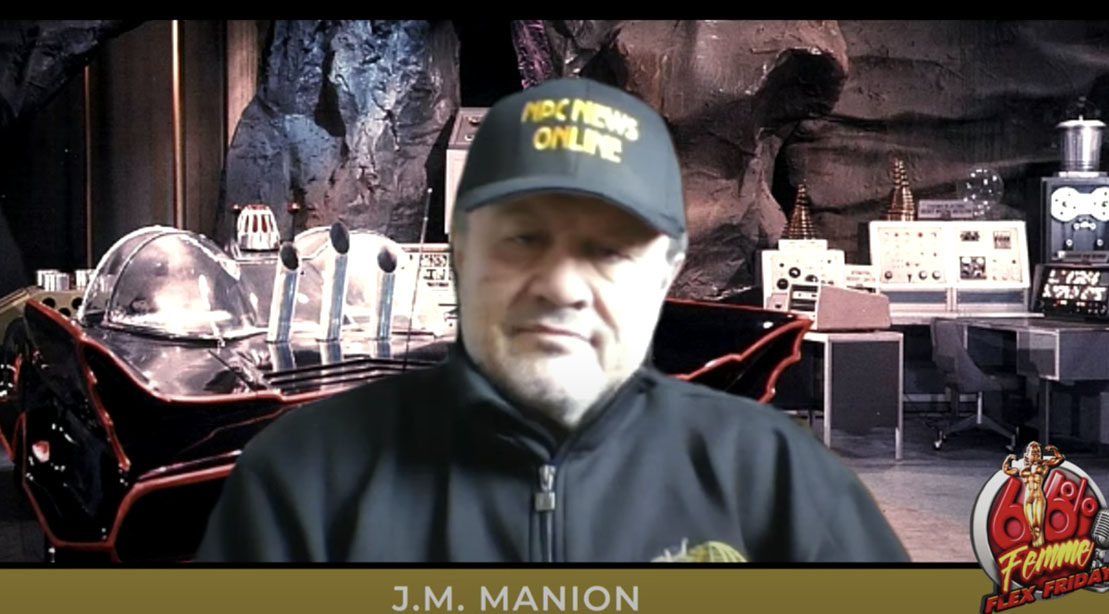