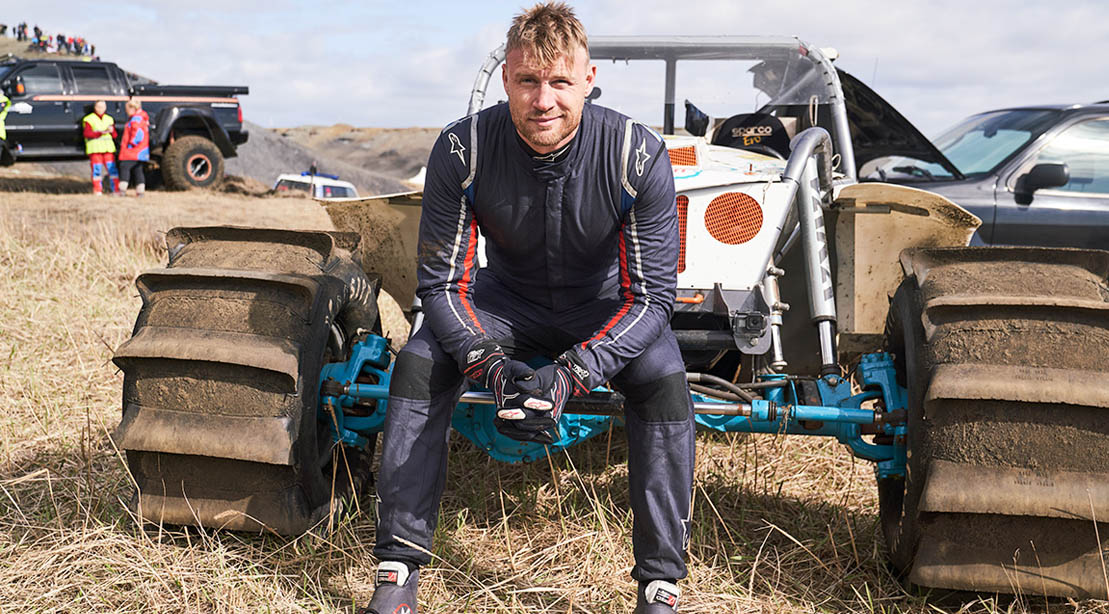 Freddie Flintoff Wants Us All on the Road to Recovery

Andrew Flintoff MBE, more affectionately known as “Freddie” Flintoff, shot to global fame as one of England’s leading all-round cricket players. His accolades include being named “Man of the Series” in the 2005 Ashes and serving as captain of the England cricket team.

After retiring from Test cricket in 2009 and transitioning fulltime to a radio and television career, Freddie gained millions more fans courtesy of his easy-going nature and positive outlook on life… not to mention his much-publicised love of a beer.

But behind all the bravado and machismo lies a vulnerable athlete who struggled for years with very real mental health issues. Now, he’s determined to provide a helping hand to those that need it.

Freddie’s brilliance on the cricket pitch is the stuff of legend. As a ten-year-old boy he was outperforming grown men. After turning pro, he continued to excel, but while still a young man navigating life as a professional athlete, Freddie’s weight rocketed up to almost 280 lbs. in the first half of his career.

It was a fact not lost on the sporting and entertainment press, who gleefully wrote column after column mocking the fast bowler and expert batter’s body shape online and in print.

This, coupled with an inner pressure to impress coaches, and maintain an elite level performance, would only serve to lead Freddie down a desperate path to bulimia nervosa: an eating disorder that in reality only served to heighten his insecurities around food, causing further mental and physical turmoil.

While bulimia will always be a long-term battle that is never far away from Freddie’s mind, he has bravely been able to open up on his experiences with the admirable aim of increasing awareness around mental health issues.

Eating disorders are most often associated with women, but it is thought that up to 25% of bulimia and anorexia suffers are men.

The British sporting icon, now 42-years-old, sat down exclusively with Muscle & Fitness to share how a renewed passion for exercise has helped with his own mental and physical outlook.

We were also lucky enough to get the exciting inside track on the insane stunts and testosterone-fueled adrenaline behind Top Gear, a series that is revered as the most watched car show in the world.

Previous
Struggling With Mindfulness? You Might Just Need More Sleep

Next
Dogfish Head Makes Oat Milk the Star of Its Must-Try Hazy-O! IPA

Elevate your workout to the next level.
Go to Appearance > Customize > Subscribe Pop-up to set this up.
More Stories
The 6 Best Split King Mattresses Of 2022 + The Best Base