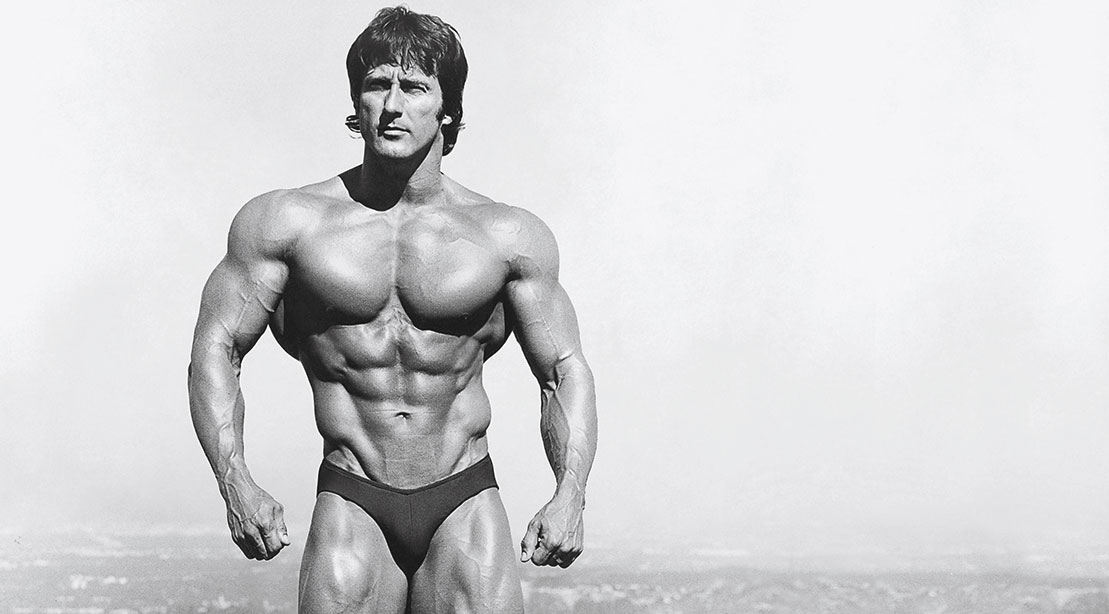 Frank Zane began competing in 1961 and continued for more than 20 years, most of the time highly successful, so toward the end of his competitive career he was one of the most experienced bodybuilders out there.

A great example of this came at the 1979 Mr. Olympia, my first time seeing Zane at the annual contest. This particular event probably taught me more about bodybuilding than any other contest I’ve ever attended.

This was the last Mr. Olympia in which there were two weight divisions, so the competitors had to weigh in backstage. Most bodybuilders seemed reluctant to strip off their sweats and show their bodies—as if that would make any difference in the outcome. But Zane immediately went up to the scales while everyone else was milling around, stripped down, weighed in and was back in his dressing room in an RV parked out back, kicking back and relaxing before anyone realized what had happened.

Because this show had weight divisions, the under-200 pound and the heavyweight classes were pre-judged separately. At that point in his career Zane had built himself up to about 195 pounds —which was massive given his relatively small frame. He was a bodybuilder who had to be absolutely in his best shape to be competitive, and in his best shape he was so good it was difficult to beat him, except for overwhelming him with massive size.

Zane had a limited number of poses, but they were all perfect. And he held his poses long enough for the judges to get a good look and for the photographers to get good shots. “I hit a pose,” he told me, “and I hold it until all the flashes have gone off.” I quote him frequently when giving posing advice to competitors.

The best competitor in the heavyweight division was Mike Mentzer, who was in the best condition of his entire career. He was hard, defined, and shapely. The veins in his forearms looked like a road map.

During prejudging, Mike looked great and was confident in his posing. Given the truism that the bigger athlete has an advantage over the smaller one, it seemed likely that Mentzer would take the overall when matched up against Frank Zane. However, the fact is that Mentzer wasn’t that all that much bigger than Zane. He also didn’t have as much experience as his opponent, and that was made apparent when the two took part in the posedown.

While the judges had plenty of time to look over each division carefully over the course of the day, they had only a few minutes to compare the two class winners, but one thing was immediately apparent: Mentzer did not look as good as he had during prejudging.

There has been a lot of speculation about why this happened. It’s hard to know for sure what the reason was but two things should be considered.

One is that Mike was relatively inexperienced at competition. He had come up so fast that he had only been in a handful of competitions, a dozen or so starting in 1971. Zane, on the other hand, had been competing for decades and was a veteran, a master of stage presence and presentation.

In any event, on stage next to Zane, Mike appeared smoother than he had in prejudging and his abdomen looked bloated. He wasn’t awful—just not just as good as he had been in the afternoon. Zane simply outperformed him during the posedown.

Zane stood in front of the judges and paid no attention to Mike or what he was doing. He just did a posing exhibition, slowly and carefully “doing posters of himself,” hitting and holding his best shots. Mike, on the other hand, started posing faster and faster, hitting one pose after another without holding them very long.

Mike made one other mistake. He would hit a pose and then look over at Zane. Of course, when he looked at his opponent so did everyone else. But Zane just kept posing and never looked back at Mike. Mike looks at Zane, the audience and judges look at Zane, Zane never looks back, so everyone keeps looking him and pays less attention to Mike.

At the end of the posedown Zane looked cool and composed while Mike seemed stressed, tired and anxious. So, it was no surprise when Zane was awarded the overall Mr. Olympia title for 1979.

I came away from the 1979 Mr. Olympia feeling that I’d been treated to a master class in how to compete as a pro bodybuilder.

Zane is one of the smartest bodybuilders so it seems obvious to me that while Arnold was working his magic during the 1970s contests, Frank was watching, learning, and figuring out how to use this knowledge to maximize his own potential to win the Mr. Olympia.

Both Zane and Arnold are very smart, but Arnold is more instinctive while Frank is more intellectual. I have characterized Arnold as not being highly introspective. That is, he doesn’t spend much time thinking about thinking. But I believe Zane does. He seems to think everything through very carefully, which has allowed him to become such a great bodybuilder and learn so much from experience.

Here is one more example. In 1968, Joe Weider brought Arnold to the United States to compete in he IFBB Mr. Universe in Florida. Arnold was huge and muscular, but relatively smooth. He lost to Zane, mostly on the basis of definition. After the event, Weider brought Arnold to Los Angeles. And it turned out his roommate was Zane – master of definition dieting. Both men realized they had a lot to learn from each other to help promote their individual careers.

Bill Dobbins is a legendary bodybuilding photographer and founding editor of FLEX magazine.

Elevate your workout to the next level.
Go to Appearance > Customize > Subscribe Pop-up to set this up.
More Stories
Combine Hummus & Avocado To Create A Healthy ‘Hummucado’ Toast