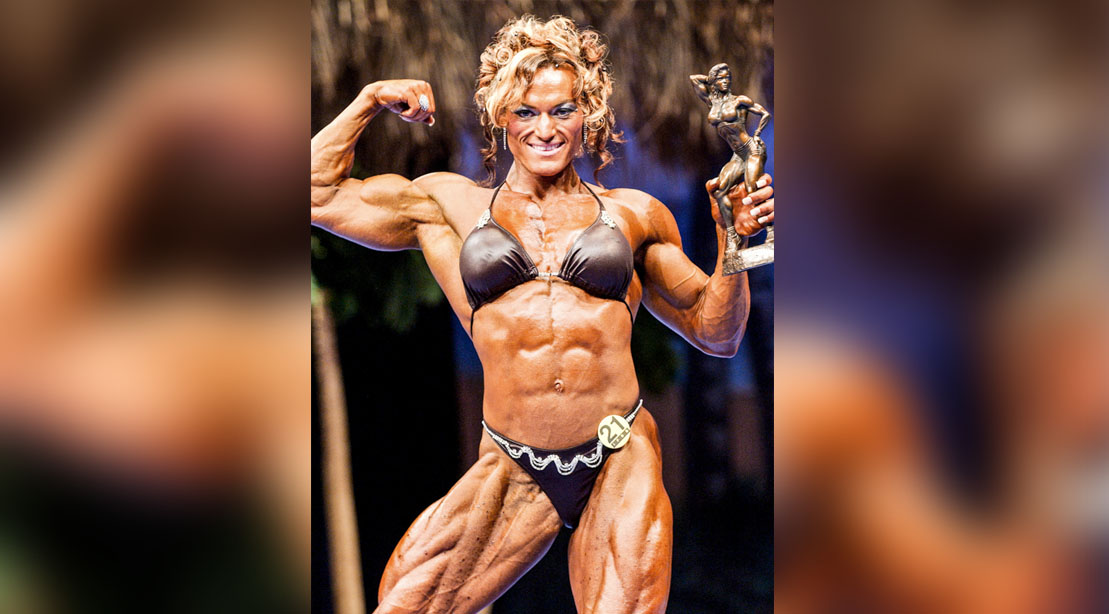 Since modern female bodybuilding began in the late 1970s, women in the sport have often been accused by some of trying to look like men. However, Charles Gaines, author of Pumping Iron, has called this kind of female body a “new archetype,” something never before seen any time or any place in all of history. So, if some people automatically associate muscles with masculinity, there are thousands of years of precedent encouraging them to do so.

But times change. Not long ago, women couldn’t vote nor own property. Female scientists were not eligible to receive a Nobel Prize. Women nowadays can be doctors, lawyers, vice-presidents. And they can train to develop physiques with a lot of aesthetic muscle and become competitive bodybuilders.

I’ve gotten in trouble over the years for saying that bodybuilding for women and for men should be judged by the same standards. People thought I was advocating that the women should look like the men. But what I meant is that the basic standards of bodybuilding competition – including mass, muscularity, symmetry, definition and proportion should apply equally to both genders.

The difference between the genders is aesthetics. That is, the physical structure of the female body is different than that of the male, so aesthetic standards will be different. And if bodybuilding judges need to be told that there is a genetic, structural difference between women and men, they are probably not qualified to be judges.

Women have a smaller skeletal structure than men. They have a wider pelvis and their thigh bones come down at more of an angle. Women have about 90% of potential leg mass than does a man, but only 50% of the upper body mass. Their biology determines they will carry more fat and water weight. And of course, they have only a small amount of male hormones in their systems than do men.

It is also true that the training it takes for a woman to become a champion bodybuilder is pretty much the same as that of a male champion. A curl is a curl is a curl. Top competitors develop individual approaches to training to suit their genetics and temperaments, but there is no such thing as a distinction between training for male or females per se.

Given real physiological differences, it’s harder for women to build upper body mass and to get really lean and defined. But history has shown that some women have been able to develop quality bodybuilding physiques in spite of the obstacles. But when you look at top female champions like Lenda Murray, Sharon Bruneau, Anja Langer, Alina Popa and Brigita Brezovac, nobody with an experienced eye would think they “looked like men.”

Actually, the difference in body size between most men and women in general is about 13%. But the top male bodybuilders can weigh 100 lbs. or more compared to the women. Much greater than 13%. So, the case could be made that bodybuilding doesn’t make the male and between the genders greater!

In any event, when you look at somebody like Rising Phoenix champion Helle Trevino, with her mass, shape, proportion and muscularity, ask yourself the question – aside from a few top male competitive bodybuilders, how many men do you know who actually look this good?

There are many men training all over the world who actually want to “look like a girl” – as long as that girl is Helle Trevino or Alina Popa or Lenda Murray. But to do so they will need to build a time machine and go back and choose different grandparents. Because genetics rules and you can’t fool mother nature.

Elevate your workout to the next level.
Go to Appearance > Customize > Subscribe Pop-up to set this up.
More Stories
How To Know If Your Vitamin D Supplement Is Vegan, From Experts