We’re aboard the on-ramp to the NFL season, as all 32 teams are deep into training camp and about to be playing preseason games. Fantasy football draft season is afoot, and whether you’re picking your own team or just trying to derive some extra enjoyment from actual NFL games, it’s a great time to get up to speed for the 2022–23 season.

Of course, the players are the ones responsible for making the NFL worth watching. There will be something like 2,000 of them on rosters over the course of the season—32 teams with 53 players each, plus whoever rotates in and out with injuries and transactions. Part of the fun every season is that No. 1,999 on that list will have a chance to change a game at some point or another.

But we got selective and picked out seven who are worth preseason attention no matter how you choose to consume the sport.

It was a clinic every week during @lj_era8's 2019 MVP campaign. pic.twitter.com/8Egi1EITNz

Jackson is always worth watching closely, because if you don’t, you’ll miss him. The NFL has never had a running QB quite like him, and he makes some absurd throws from time to time, too. This year, he’s also worth tracking from a contractual perspective. Jackson is entering the last year of his rookie deal with Baltimore and representing himself in contract negotiations. It feels unthinkable that Jackson could play out that deal without a long-term extension to stay in Baltimore, but each week that passes without an agreement makes it more possible that Jackson plays on a one-year franchise tag in 2023 and ultimately winds up somewhere other than Baltimore. Either way, if he’s healthy, expect both a lot of highlights and a lot of fantasy points from him over the course of the 2022 campaign.

The second-year tailback out of North Carolina looks set to share the Broncos’ backfield with veteran Melvin Gordon. But Williams showed a lot of juice as a rookie, and if you take a fantasy lens to the NFL, Williams looks like one of the most attractive breakout candidates of the year. Denver already slightly prefers to hand the ball to him than to Gordon, and Williams has a lot of room to grow as a receiver—growth that seems quite possible now that Russell Wilson, rather than Drew Lock, is his quarterback.

Adams is the best receiver in the NFL, and he’s also the best player who will be debuting with a new team. In order to get Adams on the field with QB Derek Carr, the Raiders gave the Packers first- and second-round draft picks, then gave Adams a five-year contract with nearly $66 million guaranteed. It might not be possible for Adams to keep up quite the production levels he reached with Rodgers, with whom he was almost a mortal lock for the mid-1,000-yard range and double-digit touchdowns for about a half-decade. But he should still be great, and he should change the equation on offense for a Raiders team that was already decent enough to sneak into the playoffs in 2021.

Marquis Haynes with nowhere to go against Ickey Ekwonu pic.twitter.com/1dh5RuDSc8

Ekwonu was the first offensive lineman drafted in April, when Carolina took him sixth overall. He’s going to have a big job in front of him. The Panthers have struggled with protection, and while their QB position is nominally the subject of a battle between Baker Mayfield and Sam Darnold, common sense would suggest that Mayfield will win the job. Mayfield got repeatedly pounded into the turf in Cleveland last year, in a season that was bad enough that the Browns basically chased away their former No. 1 overall pick. If Mayfield is going to recover some of his value and be Carolina’s QB for the long term, the Panthers will need to keep him standing. Much of that job will fall to Ekwonu, the rookie, at left tackle.

Walker is fairly anonymous for a No. 1 overall selection, but that’s how it goes when the Jaguars get the first pick two years in a row. They spent the first one on a quarterback, Trevor Lawrence, leaving other holes to fill the second time around. Walker was one of a handful of superstars on Georgia’s national title-winning defense a year ago. He rose up draft boards as he posted dominant workout numbers. How the Jaguars deploy him will be fascinating. UGA didn’t always use Walker as a conventional pass rusher, which resulted in sack numbers that looked weirdly low for a No. 1 pick. Will the Jaguars put Walker in a position to chase QBs all the time, or will he shift toward the interior to plug run lanes and attract double teams? The likeliest answer is that Jacksonville will do a bit of both.

If you like the soap opera element of the NFL, Smith is the man of the hour. He’s awesome—one of the best inside linebackers the league has seen in a long time. However, the Chicago Bears don’t seem to want to pay him, so Smith has moved to the “demanding a trade via a statement to a reporter during training camp” phase of his Chicago career. Smith will be a star in 2022 no matter where he’s playing, but one of August’s great dramas is whether that will be next to Lake Michigan this year or somewhere else. Either way, his days in Chicago are numbered barring a dramatic shift in his circumstances.

Diggs easily led the NFL with 11 interceptions in 2021. It was one of the most prolific cornerback seasons of all time. But Diggs was also a controversial player, because analysts who looked closely at his technique found a cornerback who sold out and took high risks to get those interceptions, and who got badly burned when things didn’t work out. Nobody will force anyone to take a side in the holy war over Diggs’ true value as a cornerback, but it’ll be interesting in 2022 to see if Diggs maintains his aggressive play style and high interception totals or adjusts his game in a more conservative direction. 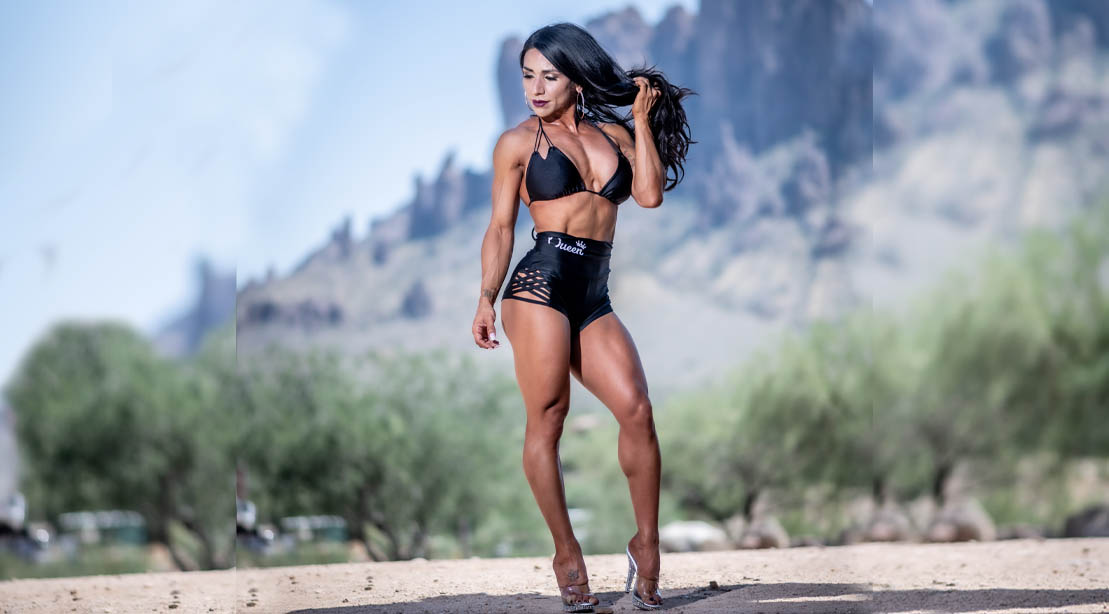 Renee Harshey: From Bikini to Wellness