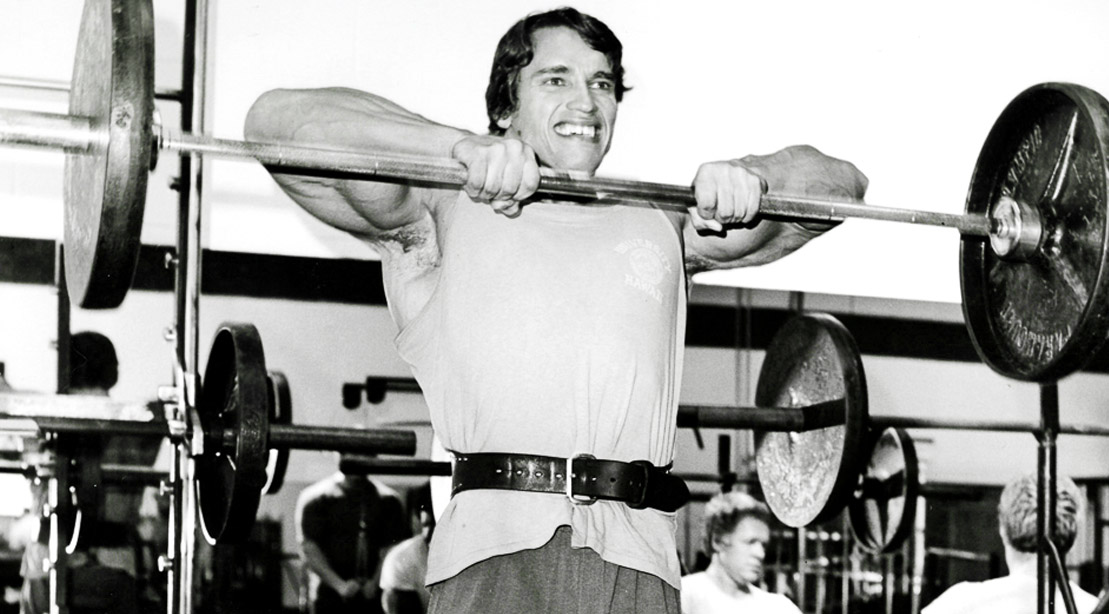 Sure, Arnold Schwarzenegger’s arms routine helped create the physique that is still considered by many to be bodybuilding’s greatest ever, but knocking it out three days a week for the majority of us is a bit, well, excessive. Here’s some advice for making the routine more feasible: Arnold Schwarzenegger is a one-in-a-million kind of guy, if not a once-in-a-lifetime phenomenon.

“No kidding,” you say. “Why are you telling us something we’ve known since we had muscles worth flexing?” By overstating the painfully obvious, we hope to make the point that as a uniquely gifted athlete, Arnold was capable of doing things in a gym that most mere mortals might find overtaxing if not damn near impossible.

Even in advanced athletes, symptoms of overtraining, including chronic fatigue and injury, can result from trying to follow Arnold’s workouts to a tee.

That being said, we believe that all bodybuilders—young and old, novice and pro—can benefit by following the principles presented by Arnold in this piece. Because bodybuilding is such an individual activity, it only makes sense that you should tailor every routine to your personal capabilities and goals anyway.

Unless you’re at an advanced level, we advise you not to try to emulate the volume of work Arnold did for biceps. If you’re a beginner or an intermediate trainee, do two or three sets per exercise from his offseason routine and see how it goes. If you’re an advanced competitive bodybuilder, we recommend that you confine yourself to performing three of the five pre-contest sets.

When bulking up, Schwarzenegger would follow a six-day split, hitting arms twice per week. Incredibly, each arm workout would take a full two hours: 45 minutes for triceps, 45 minutes for biceps and 30 minutes for forearms, in that order. “The severity of using absolute maximum poundage for each exercise of this super- bombing routine requires three to four days of rest between arm workouts so that full recuperation and maximum growth occur,” Schwarzenegger instructs. Breaking down curls into two main categories—mass building and isolation—Schwarzenegger chose two exercises from each group to ensure that he would build not just mass, but quality mass.

“Three months before a contest, I would change my arm routine completely,” says the Oak. “My goal now was to zoom in on chiseling in all the cuts and shape possible. I’d cut down on my sets and go to a superset style of training and try to get a maximum pump each workout.”

During this period, Schwarzenegger would shift into overdrive, training each entire arm in superset fashion with little or no rest between the supersets. Being that he was now working on a six-day double split (two workouts per day, six days per week), he’d be blasting his arms with this grueling routine three times each week. And you thought his mass-building routine was a bear!

But there’s more. “When I was zeroing in for a big contest, I’d stand in front of the mirror between sets for biceps and flex my arms, holding the flex for a minute, maybe two, even three minutes. I’d do that because contest posing is hard. Having muscle is one thing, but having control over it and endurance are two others.”

Next
What Your Feelings Are Telling You & Why You Should Listen

Elevate your workout to the next level.
Go to Appearance > Customize > Subscribe Pop-up to set this up.
More Stories
5 Ways To Get Ahead Of It