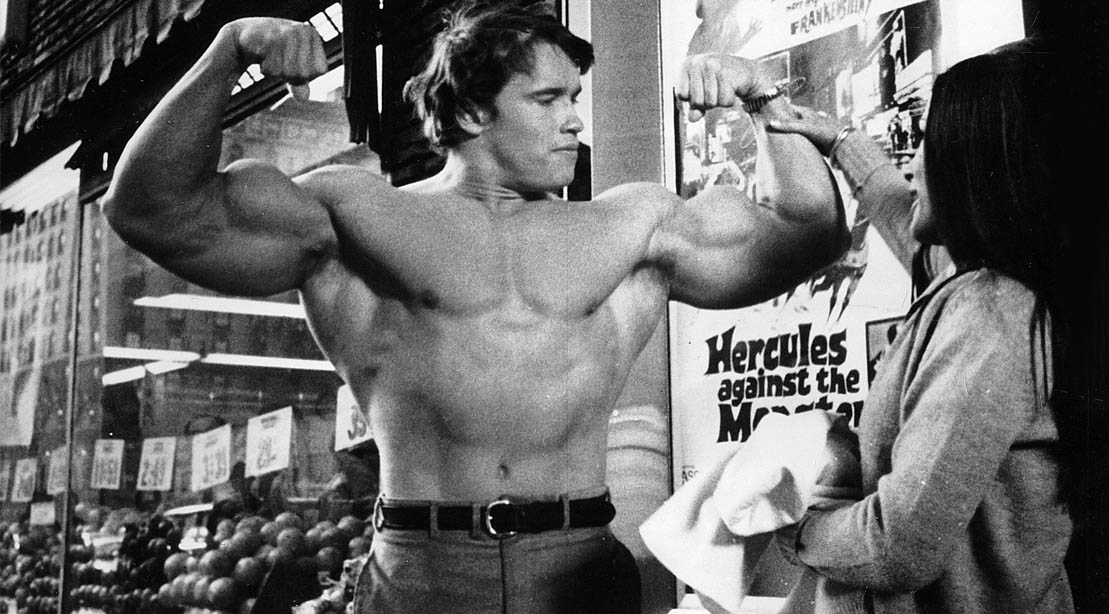 Over the past five decades, the question has been asked: “How can I get my arms to look like Arnold’s?” In short, you can’t. Just as you were born with your own unique set of genetic attributes, so was Arnold, and among his was the DNA for a stunning set of pipes.

That said, all hope isn’t lost. Arnold hammered his biceps hard, using myriad advanced training principles. He also mastered the science of visualization, which allowed him to almost will his guns’ transformation from mere muscles to mountains.

Just as his idol, Reg Park, influenced the training of young Arnold, so, too, can you follow the formula that worked so well for the Austrian Oak. It’s based on tried-and-true techniques that have been serving the bodybuilding community since Day 1. And that’s what we have here: the proven philosophy and training techniques that annihilated, and consequently grew, the biceps, triceps, and forearms of the man many label the best bodybuilder the world has ever seen.

Even by today’s standards, Arnold’s arms were, at their peak, impressive and many agree that when it comes to biceps development, Arnold Schwarzenegger has never been bettered. With arms stretching the tape to nearly two feet, they were his one- two knockout punches in his seven Mr. Olympia victories, punctuating a physique that was ahead of its time.

Here’s how he did it

Previous
Why This Full Moon Is So Special

Next
Test of the Best Electric Gravel Bikes: Cannondale vs. Specialized

Elevate your workout to the next level.
Go to Appearance > Customize > Subscribe Pop-up to set this up.
More Stories
Is It Better To Take One Multivitamin Or Multiple Individual Vitamins?